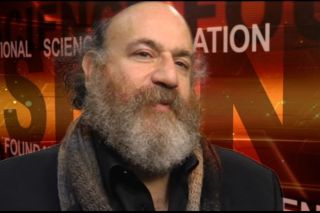 As a college student, William Bialek found he was drawn to the topics discussed in biology classes, while in physics classes, the way his professors and peers explored questions and problems energized him. He found his bliss in the field of biophysics. The Princeton professor seeks to discover general principles that describe and quantify the workings of biological systems. His wide-ranging research has led to much more precise understandings of such processes as embryonic development and neural coding and computation in the brain.

Bialek's research has shown that systems tend toward optimum performance, bumping up against the limits of what is physically possible. "[I]n many cases biology ... found a way to get right up to the edge of what [is] allowed," he says. This idea — that biological systems operate at some level akin to perfection — competes with traditional views that much of what we see in biological systems is an accident of evolutionary history, rather than a precise match to problems that organisms must solve, he says.

Bialek is a member of the National Academy of Sciences, a fellow of the American Physical Society and recipient of the Society for Neuroscience's 2013 Swartz Prize for Theoretical and Computational Neuroscience. Check out this compelling interview with him, including a brief detour into the topic of superheroes.