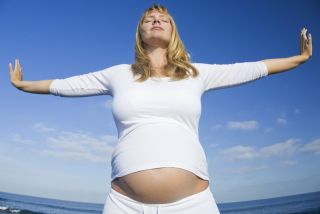 Mother's Day is a time to reflect on all the ways our mothers have affected our lives. But what about how motherhood changes mothers themselves?

It's widely known that pregnancy changes the body, from weight gain to nausea to  bizarre cravings. But becoming a mother also triggers more hidden changes, in the brain. A woman's memory, spatial skills and ability to read emotional cues change during pregnancy, and remain altered for years afterward, studies suggest.

"There are a lot of brain changes that happen during pregnancy and postpartum," said Liisa Galea, a neuroscientist at the University of British Columbia, in Canada. "It's not really surprising, given the dramatic changes in physiology, that [pregnancy] also affects the brain,"Galea told Live Science. [Blossoming Body: 8 Odd Changes That Happen During Pregnancy]

Many mothers have experienced the forgetfulness and fogging thinking during the last trimester of pregnancy or soon after giving birth, known as "baby brain," or sometimes, "pregnancy brain." Now, there's research to support the anecdotal reports of such deficits, mostly from animal studies but also some human studies. A woman's brain shrinks between 4 and 8 percent during pregnancy, Galea said.

The memory and spatial navigation impairments women suffer during pregnancy may just be the brain rearranging to get ready for the arrival of a baby. Evolutionarily speaking, it doesn't make sense that a women needs terrific navigational skills around the time she's giving birth, because she needs to "stay close to the nest," Galea said. Wild animal studies show that mothers that stay near the nest produce more surviving offspring.

But "baby brain" isn't permanent, and over the long term, motherhood can actually improve brain activity.

A mother's brain returns to normal size about six months after she gives birth, Galea said. And studies in rodents suggest that mothers do better on tests of memory and multitasking than females that haven't given birth.

You wonder at how little you got done before kids, said Galea, who is a mother herself.

The research on human mothers is still unfolding, but animal studies show widespread changes throughout the brain during pregnancy and afterward, said Craig Kinsley, a neuroscientist at the University of Richmond, in Virginia.

Studies suggest that mothers become more sensitive to the sounds of babies crying, helping prepare them to care for an infant. The latest research shows that pregnant women have more right-hemisphere responses to faces, suggesting they may be more attuned to babies' emotions, Kinsley told Live Science.

And the cognitive benefits may persist throughout a mother's life, rodent studies suggest. "As the saying goes, 'once a mother, always a mother,'" Kinsley said.

But mothers aside, how does fatherhood affect a man's brain?

But throughout most of the animal kingdom and for most of human history, fathers have played a much smaller role in childrearing, so having children doesn't change men's brains nearly as much it does women, researchers say.