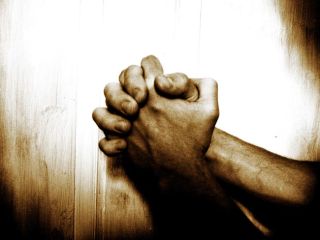 Matthew Vines is a courageous, extraordinary young man who is about to walk into the eye of a hurricane.

He was a sophomore at Harvard when he finally realized something he should probably have known all his life, but had pushed into the recesses of his subconscious. Matthew realized that he was sexually attracted to men, not women. The thought terrified him, he told me.

What makes Matthew's story more than just another private revelation that eventually played out inside his home, his family, his church and his community is that he took the extraordinary step of going quite public with his journey — and his search for answers in the Bible about homosexuality .

The story he told in his traditional, evangelical Christian church was filmed and went viral. The New York Times wrote about his personal story. And, after two years of meticulous, careful research on the biblical case against homosexuality, he's written a profoundly important new book — "God and the Gay Christian," under a Random House imprint — that will be in bookstores everywhere later this month.

Matthew's book is likely to become the biggest, most talked about, Christian book of the year — and could help shatter misperceptions about the Bible's characterizations of same-sex relationships as a sin against God. It will also, without a doubt, place this young man at the center of a raging cultural debate in America. In fact, he is stepping squarely into a debate that, if not addressed adequately among members of his faith, will radically alter Christianity's place in America.

"My knees buckled, my stomach turned, and I felt the strength drain from my body," he wrote in the first chapter of the book. "It was my sophomore fall at Harvard, and after a long week of classes, I had stopped by the campus convenience store. Standing alone in the toothpaste aisle, I finally asked myself the question I had managed to avoid for years. Am I gay?"

I met with Matthew recently to talk about the book, having read an advance copy he had given to me. I asked him a direct question: Why had it taken him years — beyond his teenage years, in fact — to realize his own sexual orientation?

His answer is why he wrote the book, and why he is now committed to talking about what the Bible says — and does not say — about same-sex relationships.

"I should have known — but I didn't allow myself to think about it," he told me.

He'd grown up in a traditional, conservative Christian family. He went to a church that reflected those views. And, for as long as he could remember, he'd been taught same-sex relationships were an abomination and a sin in the eyes of God, because the Bible says so. So he hid his own nature, even from himself.

Matthew's book deals in a straightforward way with the linguistic context of the handful of verses in the Bible — the so-called "clobber" verses — that have been used repeatedly to convince gay Christians to remain silent in their churches. He's done his homework, and is fully capable of debating the best religious scholars in academia.

There are two profound, foundational pillars in his book that every Christian who has ever tried to understand this issue should come to grips with as soon as possible. They will, I believe, enlighten the issue much as earlier debates about slavery in the Bible were debated and resolved over time.

These two pillars should end forever the biblical debate about whether same-sex relationships are a sin in the eyes of God.

The first pillar is this: It has become abundantly clear and undisputed in recent years — even to "ex-gay" Christian ministries — that sexual orientation cannot be changed. It doesn't matter whether it's learned, or inherited, or some combination of the two. Your sexual orientation doesn't change. If you are attracted to the same sex, that's who you are. No amount of training, or coaching, or counseling can change this fact.

The second pillar follows from this. Since sexual orientation cannot be changed, non-affirming Christian churches tell people who are gay that they must remain celibate for the entirety of their lives. It is not a gift, or a choice, as the apostle Paul wrote in the New Testament — but a mandatory prison sentence. And this, as Matthew makes clear in his book, is wrong.

The Bible does not condemn anyone to a life of celibacy. It is always a gift or a choice — not a prison sentence. Anything that forces someone into a lifelong, companionless existence cannot, on its face, be considered to be "of God." It really is that simple.

This is the case that Matthew presents so forcefully, and compellingly, in his book. One of the nice aspects of the book is the way he talks about his own father's journey along with him as they try to determine if the Bible consigns gay Christians to companionless, mandatory celibacy — or whether there is a better path of understanding.

Make no mistake. Matthew's book will be controversial. His efforts to find colleagues, peers and friends who can speak about this topic in churches across America, called the Reformation Project, will expand the conversation even further.

But he is prepared for the coming storm — as prepared as anyone can be for such a divisive topic. And if he is successful, he may just forever change the way in which gay Christians are accepted and loved — just as they are — in churches in America.

Nesbit's most recent Op-Ed was "Why Coastal Winds Could Power Every U.S. Home, and Car (Op-Ed)." This Op-Ed was adapted from "God and the Gay Christian," which first appeared in Nesbit's column At the Edge in U.S. News & World Report. Follow all of the Expert Voices issues and debates — and become part of the discussion — on Facebook, Twitter and Google +. The views expressed are those of the author and do not necessarily reflect the views of the publisher. This version of the article was originally published on Live Science.