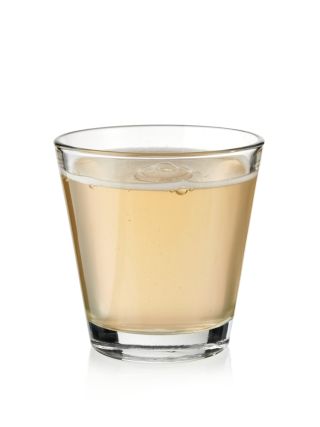 A fermented beverage that you can buy at most grocery stores or brew at home, kombucha is made by adding a symbiotic colony of bacteria and yeast (SCOBY) to brewed tea sweetened with sugar. This strange-looking tea is popular with health-conscious consumers who drink it for its many alleged health benefits.

Fans of kombucha have attributed several unproven health effects to the tea, including the restoration of hair color and thickening of hair, dissolution of gallstones, reversal of the signs of aging, lowering of cholesterol and blood pressure, increase in blood circulation, relief of menopausal symptoms, strengthening of the immune system, improvement of digestion and liver functions, and even the prevention of cancer.

While many of these claimed health benefits have never been scientifically tested or proven, the beverage does contain important nutrients. Specifically, it has B vitamins and amino acids, which are known to boost the immune system and promote muscle development.

Though the jury is still out on whether this "miracle" tea really lives up to its reputation, many people enjoy kombucha simply for its unique flavor, which is acidic but slightly sweet. The Food and Drug Administration (FDA) has concluded that consumption of the beverage is safe in moderation, results confirmed in studies conducted by the Centers for Disease Control and Prevention (CDC).

According to the CDC, adults without pre-existing health conditions should limit their consumption of kombucha to about 4 ounces a day to avoid potential risks associated with overconsumption. There is a risk that the tea — especially when made at home, where a germ-free environment is difficult to maintain — may become contaminated as its bacteria and yeast ferment.

Those who do have pre-existing health conditions, as well as women who are pregnant or breastfeeding, should consult with their doctors before drinking kombucha.