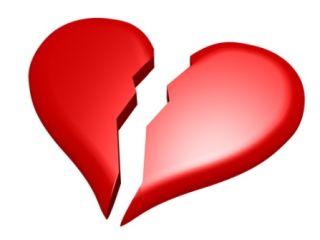 Amy Summerville is an assistant professor of social psychology at Miami University in Oxford, Ohio. This article was originally published on the blog of the Society for Personality and Social Psychology. Summerville contributed this article to Live Science's Expert Voices: Op-Ed & Insights.

For some, Valentine's Day was less a day of flowers and chocolate and more a reminder of the ways that Cupid's arrow has missed the mark. In fact, research from the University of Illinois suggests that romance is the most common source of regret in Americans' lives, and my own research with my graduate student Joshua Buchanan has found that it's the most common source of regret mentioned on Twitter, suggesting that the "lonely hearts club" is quite a large group, indeed.

However, by understanding romantic regret and its causes, you may be able to work toward a happier Valentine's Day next year.

Why romance is a "perfect storm" for regret

Understanding where regret comes from helps explain why romantic regret is so pervasive.

First, regret is most likely to arise when someone feels that he could have behaved differently in the past. In situations where you felt like you had no options, like as a student taking an unpopular but required course, you may feel disappointment and dissatisfaction, but not regret. Romance feels full of possibility for these "coulda woulda shouldas": We could have talked to that attractive stranger at the bar, might have told our crush how we felt, shouldn't have been so critical of our partner, and so on.

The second characteristic of regret is that it tends to fade quickly, unless it's relevant to ongoing goals. My own research found that women at Miami University who wanted to join a sorority because they had a specific goal that only a sorority could meet — like maintaining a family tradition of membership — felt bad if they didn't get into a sorority, but their regret faded quickly over time. In contrast, women whose goals were much broader, like developing leadership skills, didn't feel quite as bad at first, but their regret persisted longer over time, such that three months after sorority rush they actually felt worse than the women whose regret didn't connect to ongoing goals.

Romance   is an area of life where most people have ongoing goals: Even if one relationship ends in a breakup, we usually expect that we'll eventually come to love again (unless you're in a Miley Cyrus song, which is a different conversation). It's therefore likely that romantic regrets will be among our most persistent.

Better to have loved and lost than never loved at all?

A team of researchers including Nobel prize winner Daniel Kahneman coined the term "hot regret" to describe the feeling of instantly wishing that we hadn't said or done something mortifying the moment we did it (think of pretty much every first date you had in high school). "Hot regret" about mistaken actions burns brightly at first but cools quickly. In contrast, things we failed to do (think of never having gone after "the one that got away") tend to remain on our mind for longer.

As depressing and unromantic as this may sound, feeling romantic regret is actually quite useful. Regret persists in the face of opportunity because it helps us learn from our mistakes. Research, including several studies from one of my collaborators at Texas A&M, has shown that after people think about "what might have been," they are more likely to recognize and endorse intentions to improve their future outcomes. Regret helps us know how to change in the future, whether it's deciding that maybe biker bars aren't the right place to meet partners who are looking to settle down, or helping members of couples see where they need to work on their relationship. Taking the time to understand this year's regret may spur next year's romantic dinner for two.

Summerville's most recent Op-Ed was "Embrace Your Regrets in the New Year." The views expressed are those of the author and do not necessarily reflect the views of the publisher. This version of the article was originally published on Live Science.