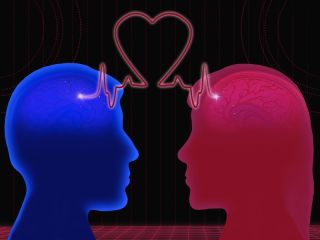 You share desserts. You share smiles and laughter, good times and bad. You've even shared a toothbrush, in a pinch.

For a growing number of couples, digital technology is a dominant feature of their relationship, and — for better or worse — how partners use email, social media and other communication tools says a lot about their relationship. [6 Scientific Tips for a Successful Marriage]

Among people in a committed relationship who use the Internet, two-thirds have shared the password to one of their accounts — email, Twitter, Facebook or an online calendar, according to a new report from Pew Research.

"Sharing passwords is [a] vehicle for establishing trust," said Jane Greer, a family therapist and author of "What About Me? Stop Selfishness from Ruining Your Relationship" (Sourcebooks Casablanca, 2010).

But though there are benefits to sharing online media, there's also a real risk of oversharing — especially in the early days of a relationship.

"A lot of times the context and emotion of what you're saying gets edited out," Greer told Live Science. A sincere compliment, she explained, could be misinterpreted as offensive, or a question could come across as a demand.

And because misinterpretations are especially common in new relationships that don't have the benefit of a strong, long-term foundation, the speed and volume of digital communication often "ushers in expectations that aren't realistic," Greer said.

Sharing an online calendar is less common than sharing an email address, but among adults of a particular life stage — between ages 25 and 44 — online calendars have greater appeal, and are shared by more couples (16 percent of partners ages 25 to 34 share a calendar).

"Sharing of online calendars tends to be most prevalent among couples in their logistics-intensive, middle-age period," the authors of the Pew study wrote, referring to the time when couples are juggling careers, child-raising duties and other responsibilities.

But issues can arise with shared calendar use, too: "While sharing online accounts can be more expedient for making plans, the boundaries of privacy evaporate," Greer said. "People are still looking to maintain their personal space online."

Sexting on the rise

Sexting — sending or receiving sexually suggestive text messages — is on the rise among virtually all groups, but some people are more likely to participate in sexting than others.

Those who are actively dating, younger adults ages 18 to 24, and people with smartphones are more likely to send or receive sext messages. But it's not just swinging singles: "Adults in marriages or committed relationships are just as likely to say they have sent sexually suggestive texts as single individuals," according to the Pew study authors.

It's perhaps unsurprising that the people least likely to send, receive or forward a sext are those ages 55 and over who are in a long-term relationship — though even among that demographic, sexting still occurs (4 percent of those 55 and older reported receiving sext messages).

No relationship is problem-free, of course, and digital communication can be a sore spot among some couples. The Pew study found that among couples who were partnered 10 years or less, 36 percent were troubled by the fact that their partner was too distracted by their cellphone when they were together.

To avoid these rough patches, Greer recommends setting some early ground rules about how often and to what degree digital communication will influence the relationship and the plans couples make together.