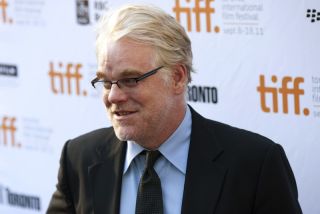 A heroin overdose seems to be what ended actor Philip Seymour Hoffman's life yesterday (Feb. 2), just like the lives of many before him. Although news reports say the police are still investigating the circumstances surrounding Hoffman's death, the likely involvement of heroin brings up the question of why the substance is so deadly.

With heroin, it is especially difficult for users to know how much pure drug they have taken, as the drug is mixed with other compounds multiple times before it reaches them.

"It is easy to overdose on heroin, because heroin is a very potent compound, and there's very little regulation over that compound. So when you're taking heroin, you're not 100 percent sure what you're getting," said Dr. Scott Krakower, a psychiatrist at Zucker Hillside Hospital in Glen Oaks, N.Y., who specializes in drug addiction counseling. [10 Easy Paths to Self-Destruction]

Taking too much heroin can quickly become life-threatening because the drug suppresses parts of the brain that control breathing. As a result, breathing slows down or ceases entirely, leading to accumulation of carbon dioxide in the blood and ultimately death.

Another reason heroin takes many victims is that it can be injected, Krakower said. "People either snort heroin, or deliver it intravenously. Both of them are dangerous, but if they were to use heroin intravenously, it's even more dangerous, because it has a faster route into the bloodstream."

People who are alone and have taken too much heroin often pass out and die. Whereas when people use heroin with others, someone else may realize what has happened and call emergency services, Krakower said.

In most heroin overdose cases that are investigated, other substances such as alcohol and cocaine are also found in the person's body. Consuming alcohol, and possibly other substances, while taking heroin has been shown to reduce the amount of heroin required to cause a fatal overdose.

Many heroin users are people who were addicted to prescription pills, Krakower said. It is common for people with other addictions to progress to heroin, because heroin is less expensive and the high is greater, Krakower said. "The high of heroin tends to be more intense than the high of prescription pills, so people try it once and they get hooked."

An autopsy will be conducted on Hoffman to confirm if it was an overdose and reveal the details of what happened to him, according to news reports. But the actor's story of struggle with addiction is similar to what other drug abusers report. Hoffman had been to rehab, but he told news media last year that he had relapsed and started taking prescription pills, and snorting heroin.

"Addiction is ongoing cycle. You have your periods of ups and downs, that's why it's so important to receive treatment even when you are in remission, because you're very vulnerable to relapse," Krakower said.

However, he said, a lot of people do make it, and they stay clean and sober for years. Especially if they attend self-help groups and keep up their own individual treatment."