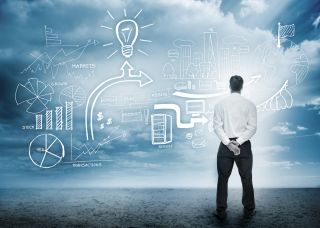 With cloud computing, smaller cities have an opportunity to leapfrog giant metropolises, gaining a competitive advantage in efficiency and innovation — even without large information technology (IT) departments and vast data centers.

Cloud computing is a means for cities to share a wealth of valuable data with citizens in new ways, wherever they are located, via smartphones and tablets. Cloud supports two-way communications with citizens, enabling them to directly report issues such as water conditions or city services or utility outages, and even support systems to ensure transparency of municipal spending. For taxpayers, this also means savings because city departments no longer need to operate their own data centers with servers and storage devices. Instead, any standard Internet connection can deliver state-of-the-art software and infrastructure anywhere. [Cloud vs. Data Center: What's the difference?]

Consider Honolulu, the capital of Hawaii, which reported a population of 337,256 in the 2010 U.S. census. Starting in 2010, under a newly elected mayor, Honolulu made a commitment to leverage technology for improving interactions between citizens and city services. By creating a cloud-computing environment on a mainframe computer, the city was able to slash costs related to multiple servers and software licenses. By consolidating and centralizing database information in a cloud, Honolulu reduced its software licensing costs to a third of what they had been. Using the technology infrastructure, Honolulu created an application that lets citizens use their smartphones to photograph urban problems — such as broken traffic lights or abandoned cars — and report them to the city. With a photo and geopositioning information, city workers can be dispatched to fix it. Honolulu also introduced apps that let citizens check traffic cameras on commuting routes and find out when the next city bus will arrive.

Sunderland, in the United Kingdom, is a mid-sized city of 280,000 people that is looking to the cloud to cut IT costs and encourage innovation. The city set out to reduce redundancy and transform all of its systems including how it accesses information technology. Not only are cloud services helping the city work smarter and personalize services for citizens, the city is turning their investment in cloud systems into a profit center. By collaborating with businesses who support the city in delivering services, these partner organizations are also able to access low cost, scaleable cloud services while the city earns a profit and puts its excess computing capacity to work. One of England's leading centers of high-tech start-up firms, the city estimates that moving its operations off departmental servers and into a central cloud computing center will save $2.29 million annually. It also anticipates that using the cloud-based system will allow it to encourage employees to bring their own smart phones and computers to use at work.

Edmonton, the capital of Alberta, Canada, has about 800,000 residents and recently adopted cloud computing and smartphone apps to allow residents to report issues like loose animals and street lighting — residents can even book tee times on the municipal golf courses. Waterfront Toronto, one of the largest waterfront revitalization projects in the world, is using cloud to deliver a powerful community portal and social collaboration tools to link residents and businesses.The portal provides easy ways to view city-wide data on mobile or desktop devices, allowing residents to keep a finger on the pulse of events, news and activity across the growing community.

Australia's city of Geraldton just announced a cloud-based data center as part of the industrial center's technology transformation. The city was motivated by the desire to drive economic competitiveness, and support its goals of becoming a completely carbon-neutral region by 2029. At the same time, the area is expected to face a local energy and water shortage as early as next year making it even more essential that the cloud data center will be one of the most energy-efficient data centers in Australia. Additionally, it has the ability to scale to four times its current capacity to keep up with growing business and citizen demands over time.

Government agencies can also look to the cloud to improve the efficiency of operations. In a pilot project that demonstrates the viability of small-scale cloud-computing use, the U.S. General Services Administration, which supports the operations of many U.S. agencies and departments, is connecting 50 government buildings to a central cloud. By getting constant reports from building sensors, such as thermostats and water meters, the system can detect anomalies that might indicate trouble or inefficient operations, and it can quickly dispatch repair people or contact the local building manager to resolve the issue.

Small and mid-sized cities have long been prevented from leveraging advanced IT because of the cost of hiring skilled people to manage dispersed technology. But cloud services based on open standards are enabling departments and agencies to break down silos, share information and assets and apply analytics broadly across city services and infrastructure to get a comprehensive view of city operations for the first time. This givesforward thinking mayors and city managers an opportunity to creatively improve life for their constituents, while also saving taxpayer dollars.