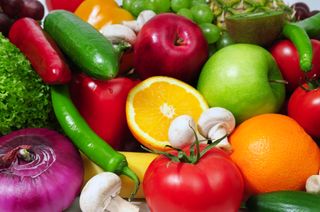 Eating right really does cost more, according to a new review study that analyzed diet and price information from 10 countries.

That adds up to about $550 extra dollars yearly for those who eat healthy, a cost that could represent a real burden for some families, said study researcher Dr. Dariush Mozaffarian, an associate professor at Harvard School of Public Health. "We need policies to help offset these costs," Mozaffarian said in a statement. [12 Tips for Eating Healthy on a Budget]

However, Mozaffarian pointed out that the price of healthy eating is small compared with the lifetime cost of diet-related chronic diseases (such as diabetes and heart disease), which a recent study estimated cost $393 billion per year in the Untied States, or $1,200 per year for each person.

The price of healthy diets

People often say that healthy diets are more expensive, but "until now, the scientific evidence for this idea has not been systematically evaluated, nor have the actual differences in cost been characterized," said study researcher Mayuree Rao, also of Harvard.

For their new study, the researchers analyzed information from 27 previous studies. The majority (52 percent) were conducted in the United States, but some took place in Canada, Europe, South Africa, Japan, Brazil or New Zealand. Researchers evaluated differences in food cost per serving, as well as per 200 and per 2,000 calories. They compared prices for foods in the same food category (such as low fat and full fat milk), as well as prices for overall diets.

Some healthy foods, like lean beef and skinless chicken, may cost more because they require food manufacturers to do more processing, the researchers said.

But unhealthy diets may also cost less because food policieshave focused on producing inexpensive, high-volume commodities. This has led to a system that favors sales of highly processed foods, the researchers said.

Creating a system that instead supports the production, transportation and marketing of healthier foods may increase their availability and reduce prices, the researchers said.

The study is published today (Dec. 5) in the British Medical Journal (BMJ) Open.