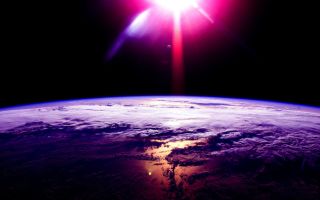 New evidence is shedding light on the processes that formed Earth’s oldest rock and mineral record – processes that influenced the early evolution of life.

Over the past 30 years our knowledge of the earliest eons in Earth’s history - the Hadean and EoArchaean (4.56 to 3.6 billion years ago) - has increased dramatically, yet a consensus on the geological processes operating at that time remains elusive.

How did we get the rocks we have today?

Most of the preserved rock record from this period is dominated by volcanic rocks, either greenstones (vast outpourings of volcanic basalt) or a suite of rocks made up of tonalite, trondhjemite, or granodiorite (collectively called TTGs).

The origin of both suites of rocks is contested.

Some have argued that processes we see today - from relatively gentle Hawaiian-type volcanism, to the more complex arc-type volcanism typical of places like Japan - can explain the formation of these rocks. They say the only differences are due to higher temperatures.

The contrasting view is that these rocks are the result of a fundamentally different regime unlike anything observed today. This camp says evidence points to long periods of stasis in tectonic activity: times when the motion of plates in the crust of the Earth stopped. This camp has advocated a “stagnant-lid” model for the early Earth. They say while there were limited surface motions, there was ongoing volcanic activity - a stark contrast to the often-violent motion of tectonic plates today.

Part of the problem is the frustratingly small portion of the Earth’s crust preserved from this period of time - only one small outcrop exists in Canada for the first half a billion years of Earth’s history.

But while rocks are scarce, we do have a mineral record. The analysis of ancient grains of zircons, preserved in younger sedimentary rocks, has played a critical part in this debate.

In 2001 a research team led by Simon Wilde from Curtin University published the first analysis of oxygen isotopes in a group of ancient zircons from the Jack Hills region in Western Australia. Some of these zircons dated back to 4.4 billion years ago - almost the age of Earth. They represent the last remaining fragments of Earth’s first crust.

The story that the zircon’s oxygen told was completely unexpected. Despite the giant impacts and widespread volcanism prevalent at this time, there was liquid water on the surface of the early Earth.

Other researchers followed on from this pivotal paper, and suggested the chemistry of these zircons implied they were sourced from a granite - from which it was argued that plate tectonics, which forms granites today, must have operated from the dawn of Earth’s history.

This extrapolation sat tenuously, particularly with the “stagnant-lid” camp. And a careful re-examination of the zircon record, by Wilde and his colleagues, painted a different picture.

The best-preserved zircons, which were least affected by later geological events, suggest a very different planet. While water is abundant, the crust is mostly something like basalt, which makes up the ocean floor today. What’s more, zircons seemed to have been sourced from the same pile of basalt for over 400 million years - implying that the crust was essentially “stagnant”.

In a recent paper published in Earth and Planetary Science Letters, my colleagues and I revisited the stagnant early Earth conundrum. While there are few rocks from the Hadean (4,600 to 4,000 million years ago), the signature of Hadean processes is recorded in geochemistry of younger rocks.

The particular systems we looked at - isotopes of an element called neodymium, normally used as a powerful magnet - suggest chemical mixing within Earth’s interior was much slower in the Hadean than what is expected from a plate-tectonic model. It was much more in-line with stagnant-lid tectonics.

Other elemental systems back this up. For instance, platinum and palladium generally alloy with other metals and pond in the developing core during planetary formation. Earth’s crust should be barren of platinum, yet it is there and we mine it. This might be because of a late addition of platinum and palladium to Earth by meteorites - the tail end of the planet forming process.

However, these elements took an unduly long time to mix fully in the mantle. They didn’t reach present-day concentrations till 2.9 billion years ago - 1.6 billion years after they were added. This is hard to reconcile with early plate tectonics, but fits the predictions of an early stagnant lid.

The debate is far from over, and ambiguities of Earth’s earliest record far from resolved. But they are critical for at least two reasons.

Australia’s most important economic mineral deposits, from gold and nickel in the Yilgarn, to banded iron formations in the Pilbara, formed during an early epoch when Earth was a very different planet. Understanding these deposits, and the world in which they formed, is a key to the next generation of discoveries.

Furthermore, fossil evidence suggests that life is at least 3.5 billion years old, and carbon isotopes suggest it may be even older - perhaps 3.8 billion years old. During the period that life first evolved on Earth, Earth itself may not have had plate tectonics. It certainly didn’t have any significant oxygen, or an atmosphere we could breath, and the rocks being formed were fundamentally different.

In our search for extraterrestrial life, we have assumed a habitable planet must be like Earth – replete with plate tectonics. But even on Earth, this may not be a prerequisite. For the first half of its history, Earth was, at least to us, an alien world.