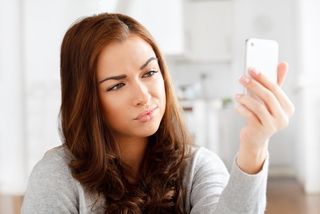 Rather than powering down your smartphone or laptop when you board your next flight, try taking advantage of "Airplane Mode," a useful feature available on many portable electronic devices. Airplane Mode disables the wireless features of your cellphone, laptop or tablet in order to comply with airline regulations.

On most devices, Airplane Mode can be enabled within the "Settings" menu. In this mode, cellular networks — voice and data — are disabled, as are Wi-Fi, Bluetooth, GPS and near-field communication (NFC). However, devices can still be used in-flight to access previously downloaded content, such as movies, e-books and music.

While some find it frustrating that they can't use all of the features of their devices while onboard a flight, the reason for the wireless ban is allegedly a serious one. According to the Federal Communications Commission (FCC) and the Federal Aviation Administration (FAA), the radio frequency admitted by cellphones and other electronic devices can interfere with an airplane's equipment systems, including navigation and communication networks. [The Real Reason Cell Phone Use Is Banned on Airlines]

Anecdotal evidence from pilots also suggests that the radio waves emitted from wireless electronics can interfere with a plane's collision avoidance system and fire detection systems. However, there are those who believe that the ban on electronics is based more on speculation than scientific fact.

Pressure from those opposed to the ban has led to an investigation of this issue by the FAA. A committee formed by the FAA has ruled that portable electronics can be used — without being put into Airplane Mode — during all phases of a flight, including takeoff and landing.

The more relaxed rules go into effect in 2014, but certain restrictions will still apply. Passengers will be allowed to use wireless applications on their gadgets, but only when the plane has reached 10,000 feet. Below 10,000 feet — which includes landing and takeoff — devices can only be used in Airplane Mode. The use of cellphones to make voice calls will still be prohibited throughout the flight.