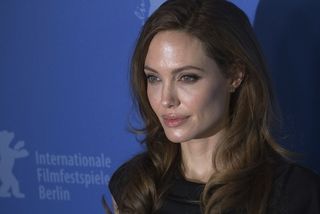 The plastic surgeon who performed Angelina Jolie's recent breast reconstruction is speaking out, calling for a team approach to breast-cancer treatment, with plastic surgeons involved from the time a woman is diagnosed with cancer and is considering her treatment options.

Dr. Jay Orringer, who practices at The Renaissance Medical Center for Aesthetic Surgery Inc. in Beverly Hills, Calif., will speak about the team approach, or "the breast team," today (Oct. 16) at a doctors' meeting in Hollywood, Fla.

"A woman has the right to speak with not just the breast surgeon, but also a plastic surgeon, to understand the various treatment options and their implications," Orringer said.

The breast team would include the general surgeon, medical oncologist, radiation oncologist and gynecologist, Orringer said. Also, psychotherapists, support groups and physical therapists may be important members of the support team.

Generally, there are two approaches to treating breast cancer. In breast-conserving surgery, the tumor is removed, and radiation therapy is applied to the breast. The second method involves removing the breast altogether, which is called a mastectomy.

If a woman chooses to conserve the breast and undergo radiation therapy, there will be permanent changes to the breast tissue and the chest wall, Orringer said. If she subsequently requires a mastectomy because of a new cancer, the quality of breast reconstruction would be diminished.

"What I would like to avoid in the future is a woman coming in for breast reconstruction after previous radiation therapy, and saying, 'I had no idea about the implications of the radiation I had,'" Orringer said.

Orringer was part of a team of physicians who cared for Jolie when she had a prophylactic mastectomy to prevent breast cancer. Jolie carries a mutation in the BRCA1 gene, which significantly increased her risk of developing breast cancer, she wrote in an Op-Ed in the New York Times in May.

About 12 percent of women in the general population will develop breast cancer sometime during their lives. But the risk for women like Jolie, who carry a mutation in either the BRCA1 or BRCA2 genes, is much higher.

Women at high risk for breast cancer may choose to undergo "active surveillance" and get tested regularly. Another option is to remove both breasts, a procedure called a prophylactic double mastectomy, which can reduce the risk of developing breast cancer by approximately 90 percent.

"The idea of a scar that goes across the chest is increasingly becoming a scar of the past," Orringer said.

Moreover, a plastic surgeon could discuss the timing and techniques of reconstruction. There are generally two categories of breast reconstruction: using an implant,or borrowing fat tissue from another part of the body. Each has its pros and cons, Orringer said.

Depending on the patient's general health and the nature of the tumor, the reconstruction surgery could be done either at the time of the mastectomy or be delayed if other treatments are anticipated.

"A woman is the captain of her own health care team, and the doctors involved should be co-captains with her, working with her to help achieve the best outcomes," Orringer said.