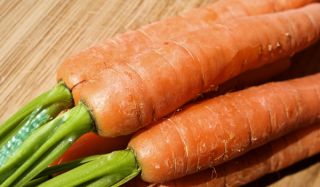 The myth that carrots improve your eyesight may have its roots in a World War II propaganda campaign.

During the war, the British Royal Air Force developed a new type of radar technology that helped pilots shoot down German enemy planes at night, according to Smithsonian Magazine. But in order to keep the new technology a secret, the government said carrots were behind the pilots' success.

Advertisements during the war touted the benefits of carrots for nighttime vision, including one that read "Carrots keep you healthy and help you see in the blackout," Smithsonian Magazine says.

Carrots are a good source of vitamin A, which helps maintain eyesight. But carrots do not actually improve vision, or help you see in the dark, as some parents may tell their children in the hopes of persuading the little ones to eat their veggies.