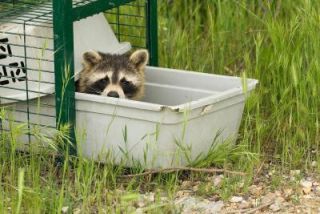 Three people who received transplanted organs from a donor who had rabies appear to be in good health, despite going months without treatment for the infection, according to a new report.

In March, health officials reported that one man had died from a kidney transplant because the kidney came from a donor infected with rabies.

Officials then tracked down three other patients who received a kidney, heart and liver from the same donor.

None of the patients had signs of rabies infection, even though 18 months had passed since their transplants. Before these cases, researchers thought that rabies transmission after transplantation would be rapid, occurring within six weeks. People who receive transplants typically take drugs to suppress their immune systems, making infections even more likely.

The three patients received rabies treatment, and still show no signs of illness. It's possible that the type of rabies virus that infected these patients, which was from a raccoon, takes a longer time to make people sick, the researchers said. Patients may also have been exposed to a virus low dose of the virus. The report raises questions about how rabies viruses spread after transplantation, and where they reside in the body when the infection is not active, said the researchers from the Centers for Disease Control and Prevention.

Because rabies infections are so rare, screening all organ donors for rabies infections is not practical, the researchers said. However, doctors should develop a protocol to help them recognize infectious encephalitis — a brain infection that can be caused by rabies — in donors. Organs from donors with infectious encephalitis should only be used in extreme circumstances, the researchers said.

The donor in this case frequently engaged in hunting and animal trapping, and had sustained bites from a raccoon before his death. Although the donor's family was asked whether the donor had been exposed to rabid animals, they said he had not. More specific questions about risk for exposure rabid animals — such as questions that ask whether a donor spent a lot of time interacting with wildlife — may be a more effective way to screen organ donors, the researchers said.

The report is published today (July 23) in the Journal of the American Medical Association.