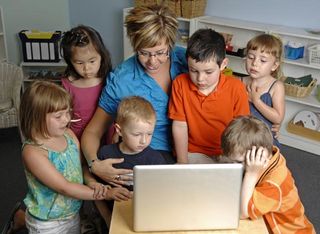 The percentage of U.S. kids with autism continues to rise, with the latest estimate showing the highest numbers yet.

Most of the rise is attributed to new autism cases diagnosed after 2008, the researchers said. In particular, there was an increase in cases of older children (ages 10 to 17) diagnosed with mild forms of autism. More than half of the children with autism in this age group had a mild form of the condition, the latest findings showed.

The reason for the rise is not known, and cannot be determined from the report. But the findings suggest that doctors and other healthcare professionals are getting better at identifying and diagnosing mild forms of autism, said study researcher Stephen Blumberg, of the Center for Disease Control and Prevention's National Center for Health Statistics, the organization the released the report.

The new findings are not directly comparable to a report released last year, which found that 1in 88 children U.S. children has autism. That report was based on information collected in 2008 from 8-year old children living in 14 areas in the United States.

The new study is based on phone surveys of 96,000 parents in 2011 and 2012. Parents were asked if a doctor or health care professional had ever diagnosed their child with an autism spectrum disorder.

These children may have flown under the radar because they were mildly affected, Rosanoff said. But "even mildly affected children who are in general education settings can struggle without, and benefit from, appropriate ASD services," Rosanoff said, referring to autism spectrum disorder.

More rigorous studies are needed to determine the true rate of autism, which Rosanoff said he suspects is even higher.

Pass it on: About 1 in 50 children has autism, according to results from a national survey of parents.