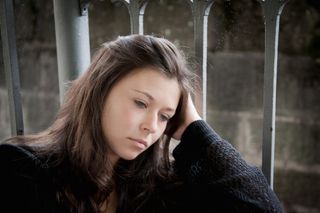 A condition that causes abnormal enlargement of the breasts can be detrimental to the mental and physical health of teen girls, according to a new study.

In the study, teen girls with the condition, called macromastia, reported lower quality of life, lower self -esteem, more breast pain and more eating disorders compared with those without the condition.

The findings suggest that early intervention to alleviate breast symptoms may improve the health of teen girls with macromastia, the researchers say.

In adult women, surgery to reduce breast size improves breast symptoms and self-esteem. Future studies should examine the effect of breast-reduction surgery on teens to further develop treatment recommendations for this group, the researchers say.

Macromastia, also called gigantomastia, is a rare condition characterized by excessive growth of the breasts that can occur spontaneously during puberty, pregnancy or while taking certain medications, according to the National Center for Advancing Translational Sciences' Office of Rare Disease Research.

The exact cause of the condition is not known, but an increased sensitivity to hormones or increased hormone production may be involved.

Macromastia often develops during adolescence, but the effects of the condition on younger people have not been rigorously studied.

Dr. Brian Labow, of the Department of Plastic and Oral Surgery at Children’s Hospital Boston, and colleagues surveyed 96 teen girls with macromastia considering breast reduction surgery, and 103 teen girls without the condition between 2008 and 2011. The average age of the participants in both groups was about 18.

The teens answered questions about their quality of life, self-esteem, breast symptoms (such as breast pain or the presence of painful bra-strap grooves) and eating behaviors.

Participants with macromastia reported higher rates of breast pain and skin rashes, along with back, neck and shoulder pain, the researchers said. They were more likely to say they had a hard time participating in sports and finding clothes that ?t, and that there was a size difference between their breasts.

About 18 percent of participants with macromastia had eating disorder problems, compared with 6.6 percent of those without the condition.

The findings held even after the researchers took into account body mass indexes (participants with macromastia tended to have higher BMIs).

"Health-care providers should be aware of the emotional and physical impact of macromastia, and consider early evaluation for this disorder," the researchers write today (July 16) in the journal Pediatrics.

Pass it on:  Teen girls with macromastia suffer physical and mental health impairments.