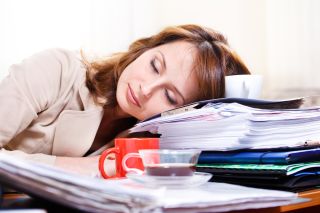 Taking iron supplements may help ease fatigue in women who have low levels of iron in the blood but are not considered anemic, a new study from researchers in Switzerland suggests.

Researchers found that women with unexplained fatigue, meaning the fatigue was not linked to a medical condition or other known cause, who took an iron pill daily for 12 weeks reported a nearly 50 percent drop in how tired they felt, compared with women taking placebos.

Fatigue is a common complaint heard by doctors during office visits, and there's some evidence that women are three times more likely than men to report feeling a lack of energy. Supplemental iron is the usual treatment for iron-deficiency anemia.

"Our key findings are that iron supplementation can improve the feeling of fatigue in nonanemic women," said study author Paul Vaucher, a neuroscience doctoral student at the University of Geneva.

The research is published online today (July 9) in the Canadian Medical Association Journal and the study was sponsored by a drug company that makes iron supplements.

The study involved 198 women in France between the ages of 18 and 53. Researchers gave 102 of the women 80-milligram iron pills to take daily, and 96 women took placebo pills.At the beginning of the study, and after six and 12 weeks, researchers collected blood samples from each participant to monitor their levels of iron, hemoglobin and red blood cells.

After six weeks, various iron-related markers in the blood improved in the women taking iron, and the results showed similar — but not much better — effects at 12 weeks.

That means that iron supplements could be taken for at least six weeks for women suffering from fatigue, Vaucher said, but whether such treatment is right for any woman should be verified by a physician.

The biggest difference the research found was in fatigue, which was measured by self-rated questionnaires, though interestingly, both groups felt less fatigued whether they took iron or the placebo. Women taking iron reported a 48 percent decrease, on average, in tiredness by the end of the study, while the placebo group reported a 29 percent reduction.

Researchers also considered whether a woman's mental healthwas contributing to her exhaustion. But iron supplements had no effect on the women's depression and anxiety scores.

Asked why iron may be effective for combatting fatigue in women with low iron, but not anemic, levels, Vaucher said, "The benefits we observed might not be explained by the effects on blood stores alone."

"Recent neuroscience research suggests that fatigue could be due to the lack of iron in brain tissues, and might be completely independent of iron blood stores," he explained.

Before recommending iron supplements to women with unexplained fatigue, all other possible explanations for fatigue should be considered, said Dr. Jacqueline Wolf, a gastroenterologist at Beth Israel Deaconess Medical Center in Boston, who was not involved in the study. "It's important to find out if a person is getting enough sleep, if they have a healthy diet, if they exercise, and even how stressed they're feeling."

She said the supplements often cause constipation and a blackened stool. That's why Wolf suspected study participants might have figured out whether they were receiving iron or a dummy pill.

Wolf observed that a lot of women in the study got better — their hemoglobin levels increased slightly — whether they were given iron or not. She said this suggests a strong placebo effect, regardless of the treatment.

Wolf also pointed out that "over 50 percent of the people didn't get better when taking the iron," and noted the study's high dropout rate. It's hard to know why some women didn't feel better, and how the dropout rate influenced the results, she said.

"It may be helpful, in some people with fatigue, to take iron supplements for borderline-low iron levels," Wolf said. "I would give iron a six-week trial to see if fatigue improves, and I wouldn't stay on it longer than that."

Pass it on: Iron supplements may help improve fatigue in women who have low levels of iron but aren't anemic, a new study finds.