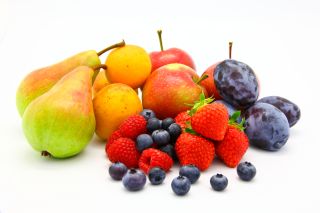 Men in the study who consumed high amounts of flavonoid-rich foods were 40 percent less likely to develop Parkinson's disease over a 20-year period than those who consumed low amounts of these foods.

The findings add to the growing body of evidence suggesting that regular consumption of some flavonoids can have a marked effect on human health, said study researcher Aedin Cassidy, professor of diet and health at the University of East Anglia in the United Kingdom. Studies suggest these compounds may offer protection against diseases such as heart disease, high blood pressure, some cancers and dementia.

The study found an association, not a direct cause-effect link. More research is needed to determine exactly how big an impact diet has on the development of Parkinson's disease, Dr. Kieran Breen, director of research at the charity Parkinson's UK, said in statement.

The study involved about 130,000 men and women who were followed for 20 to 22 years. Every four years, participants were given a survey that asked how frequently they ate certain foods. More than 800 participants developed Parkinson's disease during the study period.

No link was found between overall consumption of flavonoids and Parkinson's disease risk in women.

But a link was found for both genders between Parkinson's risk and consumption of a subgroup of flavonoids called anthocyanins, which are found in berries.

Participants who ate one or more servings of berry fruits each week were around 25 percent less likely to develop Parkinson's disease than those who did not eat berry fruits. Strawberries and blueberries were the top two sources of anthocyanins.

Anthocyanins, may be particularly beneficial for the brain, Cassidy said.

The study was published today (April 4) in the journal Neurology. A preliminary version of the study was presented last year at the American Academy of Neurology's annual meeting.

Pass it on: Regular consumption of berries and other foods rich in flavonoids may reduce the risk of Parkinson's disease, particularly in men.