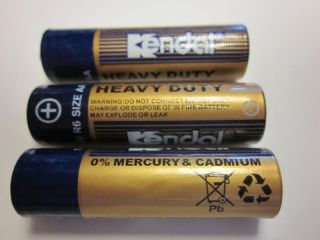 The U.S. Consumer Product Safety Commission (CPSC) is urging consumers to replace the batteries in their smoke and carbon monoxide (CO) alarms this weekend for Daylight Saving Time. This year, Daylight Saving Time begins on Sunday, March 11. Fresh batteries allow smoke and CO alarms to do their jobs saving lives by alerting families of a fire or a buildup of deadly carbon monoxide in their homes.

Two-thirds of fire deaths occur in homes where there are no smoke alarms or no working smoke alarms. That is why it is important to replace batteries at least once every year and to test your alarms every month to make sure they work. CPSC recommends consumers have smoke alarms on every level of their home, outside bedrooms and inside each bedroom.

CPSC estimates there was an annual average of 183 unintentional non-fire CO poisoning deaths associated with consumer products between 2006 and 2008. CO is called the "invisible killer," because it is a colorless, odorless and poisonous gas. Because of this, people may not know they are being poisoned. Carbon monoxide is produced by the incomplete burning of fuel in various products, including furnaces, portable generators, fireplaces, cars and charcoal grills. That is why it is important to have working CO alarms in the home, on each level and outside each sleeping area.