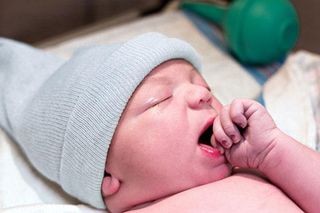 Adding to mounting evidence that the effects of prematurity last well beyond infancy, a new study suggests that babies born at very low birth weights are more likely to suffer from memory and attention problems, at least into early adulthood, than peers born at low or normal weights.

Study participants born at very low weights scored an average of eight points lower on IQ tests and did significantly worse on tests measuring "executive function" skills, such as attention, visual and working memory, and ability to understand words, the study showed.

"We were not surprised," said study author Katri Raikkonen, a professor of psychology at the University of Helsinki in Finland. "Previous reports in children and adolescents born prematurely have reported results in line with ours. Our study offers a longer term follow-up and shows that these differences persist into young adulthood – when the brain-maturation process is ending."

The practical impact of such deficits – including organization problems, distraction and trouble focusing – can extend through a person's schooling and negatively affect career and economic success, said Dr. Robin Smith, of Cohen Children's Medical Center in New Hyde Park, N.Y.

Smith said that an 8-point difference in IQ can be significant, necessitating tutoring or other interventions to overcome the disadvantage.

Those born at very low weights were more likely to have received remedial education while in school, the study found, though there were no differences in their self-reported academic performance.

"What's important about this study is recognizing that these problems in childhood don't end at the end of childhood," Smith said. "These newborns are at high risk, but we need to look beyond that," he told MyHealthNewsDaily. "Many physicians who treat these adults are either unaware or untrained in these issues."

For preemies, early-intervention measures such as physical and occupational therapy and extra academic help can provide a "protective effect" from cognitive deficits, Smith said, as well as offset the loss of IQ points.

Despite the findings, Raikkonen said, it's important to note that not all preemies with very low birth weights will experience these effects.

"There are still large individual differences," she said. "Some preemies fare better and others worse – which of course is the case for term-born infants as well."

While the research underscores the need to extend pregnancy as long as possible, Raikkonen and Smith said, it should also raise awareness that the dangers of prematurity have long-lasting effects.

"There are many reasons why we would want extend the time in utero, but [another] issue is making sure these children are identified as high-risk infants and children . . . and to make sure as they get into young adulthood that the issues are addressed," Smith said. "I think it's a given that to prevent a lot of the problems of prematurity, we want keep fetuses in utero as long as possible."

The study will be published tomorrow (Dec. 6) in the journal Neurology.

Pass it on: Children who had low weights at birth may benefit from physical therapy and extra academic help in school.