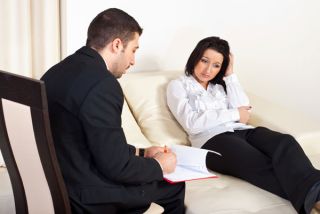 In 1987, Marilyn Bellezzo was diagnosed with irritable bowel syndrome (IBS), a disorder that was, for her, debilitating.

"I was housebound," Bellezzo said. She spent hours curled up on the bathroom floor, suffering from abdominal pain and diarrhea. "I had to raise my children through the bathroom door," said the now 59-year-old resident of Glen Ellyn, Ill.

Over the next 12 years, Bellezzo tried medications and diets, to no avail. Then as a last resort, she started listening to audio tapes designed to treat IBS through hypnosis.

They made a difference. Now, she says her symptoms are virtually gone.

"I went from that level of severity to just having an occasional episodes lasting a few minutes," Bellezzo said.

Over the last decade, more and more research shows there are benefits of hypnosis for medical problems. In addition to IBS, a number of rigorous studies have found the practice is effective at mollifying chronic pain and reducing stress and anxiety before surgery. Studies have also shown hypnosis reduces health care costs patients who use it stay in the hospital for shorter periods and use less medication.

So why don't more people and hospitals use hypnosis? Part of the reason may be its stigma patients and doctors may think of it more as "hocus pocus" than science. Another reason may be problems with the quality of hypnosis studies, leading doctors to be wary that it wastes time and money.

All of these are misperceptions, its advocates say.

"Hypnosis is sort of the good kid with the bad reputation," said Julie Schnur a clinical psychologist and assistant professor at Mount Sinai School of Medicine in New York. "It's a fantastic procedure and can be very effective and very helpful to patients, but does come with this baggage," Schnur said.

The concept of hypnosis might call to mind an entertainer lulling an audience member with a shiny pendulum, and then getting them bark like a dog.

But in medicine, hypnosis means putting a patient in an enhanced state of relaxation during which the patient is more open to suggestions, said Harold Pass, an associate professor of clinical psychiatry at Stony Brook University Medical Center in New York. The patient is not asleep, nor unconscious, and does not lose control over his or her actions, Pass said.

"People do not turn into a zombie, they will not quack like a duck, there are no swinging pocket watches," Schnur said. "It's using your mind and your thoughts to help yourself feel better."

During a session, the patient is first brought into a trancelike state of highly focused attention. Some say people move into and out of this state every day, said Mark Jensen, vice chair for research in the Department of Rehabilitation Medicine at the University of Washington Medical Center, and liken it to being completely absorbed, as in watching a sunset.

"It doesn't feel foreign or strange at all," said Bellezzo, who now works for the hypnotherapist who treated her. "It basically feels like that period of time right before you fall asleep." You're still aware of everything, but your attention is very focused, she said.

Hypnosis has its risks. Although rare, reactions such as headaches, nausea and anxiety happen to some people, according to the Mayo Clinic. And the use of hypnosis in patients with certain mental illnesses, or to help any patient relive earlier life events remains controversial because these uses might create false memories.

How well does it work?

Hypnosis is not magic it alleviates symptoms, but doesn't cure disease. And for chronic pain suffers , it rarely eliminates their pain, Jensen said.And although not everyone can be hypnotized, studies show 70 to 80 percent of chronic pain patients experience pain relief that lasts for hours, Jensen said.

Michael Clark, director of the Pain Treatment Program at John Hopkins University, said there isn't overwhelming evidence that hypnosis is effective for chronic pain, but there is evidence nonetheless. Clark has recommended the therapy to patients who are open to it.

"A lot of the alternative therapies like hypnosis, meditation, acupuncture, Tai Chi those types of therapies or approaches, they really don't have any serious risk associated with them," Clark said. "They may not have a huge evidence base, but the risk-benefit equation is favorable."

According to a 2008 review article in the journal Nature, "there is an emerging body of evidence that hypnotherapy is clinically effective for the treatment of IBS ." Several well-designed studies have shown long-term benefits for patients, including reductions of abdominal pain, anxiety and depression, the researchers said.

In 2007, Schnur and colleagues conducted a study of 200 breast cancer patients who needed surgery. About half underwent a 15-minute hypnosis session before their surgery; the other half talked with a psychologist about their thoughts and feelings pre-surgery.

Patients who underwent hypnosis required less sedative during the surgery, and perhaps because they were more relaxed, their surgeries lasted 10 fewer minutes on average. They experienced less pain, nausea, fatigue and emotional upset following the surgery, Schnur said. The researchers calculated the hospital could save about $770 per cancer patient by employing hypnosis before surgery.

Why isn't it used more?

Patients and doctors may have misperceptions about hypnosis. They may think it's flaky and not realize it is supported by scientific evidence, Schnur said. Doctors may be unfamiliar with hypnosis because it's not taught in medical school and they may not read about it in journals, said Janet Konefal, assistant dean for complementary and integrative medicine at the University of Miami Miller School of Medicine.

Doctors and hospital administrators may have misunderstandings about how much hypnosis will cost, who can administer it and how long it will take, Schnur said. But sessions can take as little as 15 minutes, and anyone licensed to perform medical services could be trained to provide hypnosis, she said.

Still, hypnosis for some conditions, such as IBS, may take longer, and the limited number of trained clinicians may restrict the number of patients who can try it, according to the 2008 Nature paper.

And studies have shown mixed results. For example, a 2009 Cochrane review found that while hypnosis seemed to be helpful in treating IBS, research on its effectiveness suffered from poor design and small sample sizes, so results should be interpreted with caution.

The Mount Sinai group is considering alternative ways to deliver hypnosis, such as over the Internet (perhaps through a video chat) or though a cellphone application.

"Whenever I get that [pain], I play one of the sessions," Bellezzo said. "Within 15 minutes, I'm pain-free. It's absolutely amazing."

Pass it on: Mounting evidence seems to show that hypnosis helps patients, but the practice still faces a stigma and suffers from lack of high-quality research showing its benefits.