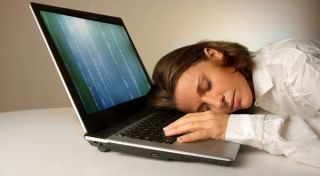 After a night of poor sleep, we've all had the irresistible urge to take a nap. Those with narcolepsy, however, have an underlying problem that causes them to fight off sleep every day.

Narcolepsy arises when the brain can't regulate the normal sleep-wake cycle, according to the National Institutes of Health (NIH). When this happens, the patient falls asleep several times a day, sometimes for a few seconds and sometimes for several minutes.

The condition can strike at any time, which makes it dangerous. Imagine suddenly going to sleep while behind the wheel of a car or while walking outside alone at night.

When narcolepsy happens with a sudden muscle relaxation called cataplexy, the cause is usually a lack of hypocretin — a neurotransmitter responsible for sleep regulation. "Disruption typically arises from the death of approximately 70,000 brain cells containing hypocretin," NIH stated.

Since it is a chronic, lifelong condition, doctors focus on medication and management to treat narcolepsy. One treatment is to schedule regular naps along with stimulating medications, according to the Centers for Disease Control and Prevention.

Talk show host Jimmy Kimmel is one of the more famous people with narcolepsy. In 2002, he told the New York Times that he sometimes pops a pill midconversation to stay awake, but added that the condition has not really affected his career.