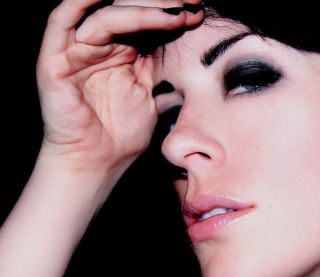 Women who experience pain during sex are not as alone as they might think: Past research has shown that 15 percent of women experience dyspareunia, or recurrent genital pain during intercourse.

Now a new study finds that women who report painful sex have more easily triggered pain networks than do other women, suggesting that dyspareunia should be reclassified as a pain disorder rather than a sexual dysfunction.

Women in both groups had better recall for sex words than for pain words. However, women who had dyspareunia had more false memories for pain words (in particular, they incorrectly remembered the words "pain" and "painful," which were not on the lists).

Pain stimuli, the researchers conclude, more easily capture the attention of women with dyspareunia and remain in their memory.

"If sex and pain are repeatedly paired, they may have similar strong internal representations," said Lea Thaler of the University of Nevada, Las Vegas, who headed up the study. "Due to their experience with chronic pain, women with dyspareunia seem to have internal representations of pain that can be easily activated, and this has been illustrated with research showing that these women have a hypervigilance for pain information and catastrophize about their pain experience.”

In other words, women with dyspareunia are on the lookout for pain — and they imagine it will be more harmful than it really is.

The study's findings support a school of thought that the treatment of painful sex needs to be refocused. Thaler said some researchers think that reclassifying dyspareunia as a pain disorder would allow for its multidisciplinary treatment, including help from sex therapists, gynecologists, physical therapists and pain specialists.

However, "[there are] some opponents who fear that if it is classified as a pain disorder, we may start to ignore the devastating impact it has on sexual function," Thaler told LiveScience.

But Thaler says there's hope for women who suffer from painful sex. "In cognitive behavioral therapy, women with dyspareunia are taught to become less vigilant to pain and catastrophize less about their pain," she says. "They are taught coping self-statements and learn how to manage their pain when it does occur. These strategies, along with others, often result in reduced pain during sexual intercourse."