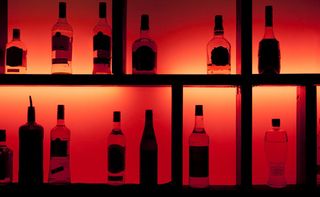 Paying more for a premium brand rather than the buying cheaper bottles of liquor might be a good idea, because you often get what you pay for come tasting time.

More expensive premium liquors often have natural ingredients and more careful distilling and aging processes, so they earn their higher price tags, even if price remains an imperfect measure of quality.

"If you use higher quality grapes, grains and fruits, you end up with a better quality product than using industrial alcohol and synthetic ingredients," said Alexis Kahn, director of beverage education at The International Culinary Center in New York City. "Using high-quality natural ingredients is a lot more expensive than the alternative."

For instance, rum distillers can take either the agricultural or industrial route during production. The agricultural method uses freshly pressed sugarcane juice, which tends to impart better taste than the industrial method of using molasses. Ingredients of higher quality also make for better results when choosing the types of grains to use in the mash bill, or recipe, of whiskey and other liquors.

Beside the ingredients, much of what defines a liquor's flavor comes from the care put into the distillation process, which typically includes boiling the mash that forms the base of the spirit and then re-condensing it. Distillation removes impurities known as congeners, but some distillers try to selectively capture a bit of those congeners to add to the flavor.

"That gives great viscosity and texture to spirits, which is often missing in lower quality spirits," Kahn explained.

A big decision involves when to make "cuts" between phases of distillation. The alcohol content drops during each distillation run, so distillers decide when to separate out the early "head" phase, which can contain unwanted low-boiling-point congeners, and late "tail" phase, which have unwanted high-boiling-point congeners, from the middle "heart" that ends up becoming the liquor. But that decision still remains more of an art rather than a science.

Aging also matters after the distillation process. Bourbon whiskeys (which are at least 51 percent corn) require freshly charred or toasted barrels to age inside, and the level of char can determine whether whiskey has certain flavors such as vanilla, oak or caramel.

Such factors matter even for vodka, which is popular among novice spirit drinkers and ends up in mixed drinks because of being odorless, colorless and has no flavor of its own. Cheaper vodkas tend to have a harsher finish that resembles rubbing alcohol or nail polish remover, Kahn pointed out.

But Kahn said that spirit drinkers should avoid confusing certain factors with premium quality. For example, single-malt Scotch whiskeys have great reputations because they focus on using just a single malted grain from a single distillery, but that does not automatically translate into a better taste than that of blended whiskeys which use many grains.

Similarly, people typically hold in high esteem expensive, traditional vodka brands that don't smell or taste like anything. But Kahn noted that there has been more recent appreciation for newer vodkas that deliberately cultivate a hint of flavor or aroma from ingredients such as grapes, apples and potatoes.

"The beverage world in general is changing, so it can be a lifelong learning process," Kahn said.