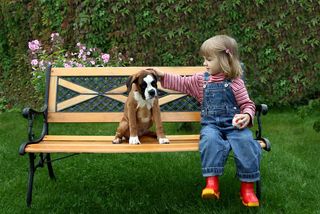 Determining the most popular pet depends on what exactly you are looking for.
(Image: © Puppy image via Mars Evis | Shutterstock)

According to a survey of American pet owners, more households have a Fido than any other furry (or not so furry) friend. By sheer numbers of each actual pet though, there are more Nemos swimming in American fish tanks (as people generally keep more than one fish) and more cats than dogs (as there are more multi-cat homes than multi-dog homes).

The 2007 National Pet Owners Survey, conducted by the American Pet Products Manufacturer's Association, broke down the pet preferences of Americans. In the United States, people own:

The survey showed that pet ownership is at an all-time high in the United States, with 71.1 million households owning at least one pet (that's 63 percent of all U.S. households). The first survey, conducted in 1988, reported 51 million pet-owning houses.