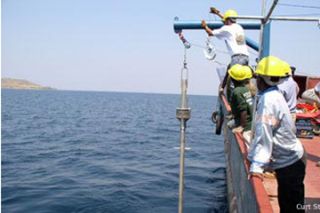 The longest lake in the world is made from a rift in the continental crust.
(Image: © Curt Stager)

Lake Tanganyika is not only the longest lake in the world, but also a freshwater Mecca.

Part of the Great Rift Valley, the lake cuts across 420 miles of East Africa and divides four nations. In total, the lake covers about 12,700 square miles and serves as Africa’s largest freshwater reservoir and the second largest in the world, according to the Food and Agriculture Organization of the United Nations.

Considered one of most biologically rich lakes on Earth, Tanganika is home to more than 2,000 species, more than half of which aren’t found anywhere else. And, according to the World Conservation Union, "no place on earth holds such a variety of life."