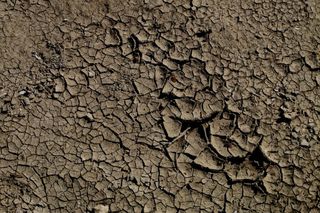 Drought and flooding are the most deadly natural phenomenon.
(Image: © sxc.hu)

Hurricanes, tornadoes, and earthquakes might seem like the most dangerous natural hazards you could ever face, but floods and droughts actually kill more Americans over time.

Better predictions for hurricanes and other tropical cyclones, as well as tornadoes, have reduced the death tolls from such events in recent decades. But flooding deaths are on the rise.

On average, U.S. flooding kills more than 100 people a year — more than any other single weather hazard, including tornadoes and hurricanes, according to the University Corporation for Atmospheric Research (UCAR). Most flood deaths are from flash floods, however, and about half of those are because people try to cross swollen streams or flooded roads. Victims often underestimate the power of water when driving into flooded areas, UCAR scientists note, adding that it takes only 18 inches of water to float a typical vehicle.

Flooding deaths have risen in recent decades, and the U.S. Congress's Office of Technology Assessment says that "despite recent efforts, vulnerability to flood damages is likely to continue to grow" because populations in flood-prone regions continue to grow.

Heat waves rarely make lists of the deadliest natural disasters, but in modern times their death tolls have surpassed other phenomena in the United States.

In both 1980 and 1988, for example, severe drought and heat ravaged the central and eastern parts of the country. Estimated deaths due to heat stress approaching 10,000 in each case and the economic toll each time reached tens of billions of dollars.

Over half of all deaths from natural disasters worldwide are due to drought and famine, according to the International Federation of Red Cross and Red Crescent Societies. Droughts can decrease the availability of potable water and can ruin crops, making food scarce.

Droughts and floods could take a higher toll in the future as global warming increases the prevalence of these events in certain areas, scientists say.