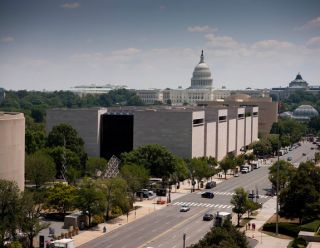 While buying Mona Lisa erasers at the museum gift shop, did you stop and marvel that the citizens of the world have access to the U.S. Constitution, T. rex skeletons and the Rosetta Stone? It wasn't always so.

The conception of the museum has changed radically over the last several centuries. During the Renaissance, a passion erupted among well-to-do Italians for amassing collections of classical and ancient art and artifacts. European royal families demonstrated their wealth with cabinets of the exotic, the beautiful and the curious, and they showed their generosity by occasionally opening these collections to the public. The scientific revolution of the 17th century saw museums become havens for research in the natural sciences.

In 1683, a private collection of natural history curiosities was donated to the University of Oxford, where the collection was opened to the public. The Ashmolean Museum thus became the first permanent public exhibition housed by a corporation. In the next century, the opening of the British Museum and the Louvre heralded the dawn of a new age of government-supported public education and gift-shop trinkets.