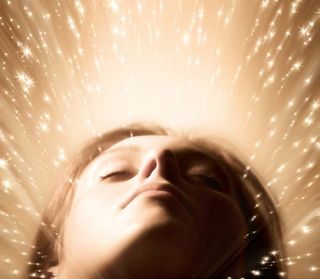 Studies are ongoing as to whether information can be transmitted to a person below their threshold of awareness.
(Image: © Dreamstime)

For some, merely watching the latest thriller at the movie theater can conjure up images of butter-soaked popcorn. For others, perhaps, the sound of a catchy jingle might trigger thoughts of buying a new set of wheels. Unbeknownst to you, or at least to the conscious you, the phenomenon could be the result of subliminal messages.

The idea that flashing words and images can seep into the subconscious mind and persuade an observer to do something without their awareness came into the public eye in the 1950s. That's when a marketing experiment flashed the message "Drink Coca-Cola" onto a New Jersey movie screen and correlated this to increased Coke sales in that area. Whether it actually works is still up for debate.

The idea behind the crafty technique: by flickering visuals at a speed greater than your eyes and brain can process or speaking at a slightly lower volume than your ears can hear allows messages to sneak past your conscious mind and into your subconscious. The word subliminal derives itself from the Latin word "sub" meaning below and "limen" meaning threshold — below a person's threshold of awareness.

Scientists continue to unravel the mystery behind the sneaky persuader, with research released last year showing that subliminal persuasion could help you learn without knowing it.