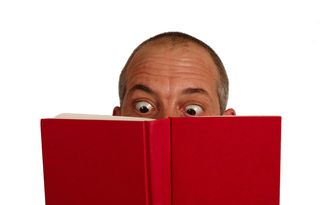 Photo taken by Chris Johnson. (cjcj) There are no usage restrictions for this photo

About 14 percent of U.S. adults won't be reading this article. Well, okay, most people won't read it, given all the words that are published these days to help us understand and navigate the increasingly complex world.

But about 1 in 7 can't read it. They're illiterate.

Statistics released by the U.S. Education Department this week show that some 32 million U.S. adults lack basic prose literacy skill. That means they can't read a newspaper or the instruction on a bottle of pills.

The figures are for 2003, the latest year available. State and county results are available here.

"The crisis of adult literacy is getting worse, and investment in education and support programs is critical," said David C. Harvey, president and CEO of ProLiteracy, in response to the finding.

This is about jobs and the economy, Harvey said.

"More than 1 million people lost their jobs in 2008 and the new unemployment figures are the highest in 16 years," Harvey said. "A large number of the unemployed are low-skilled individuals who struggle with everyday reading, writing and math tasks. The administration wants to create new jobs with the stimulus packages, but to take advantage of those new positions, these adults need basic literacy skills."

A separate study released last month named Minneapolis and Seattle as the most literate cities.

ProLiteracy, which promotes reading programs for the disadvantaged and encourages more government funding, estimates that illiteracy costs American businesses more than $60 billion each year in lost productivity and health and safety issues. Lack of funding at the federal, state and local levels prevents about 90 percent of the illiterate from getting help, the organization claims.

If parents can't read, there's a good chance children will be poor readers, the organization notes.