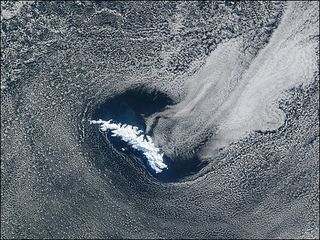 A group of remote pristine islands in the South Atlantic Ocean has announced the establishment of a marine protected area in its waters that will become one of the largest areas of sustainably managed ocean in the world.

The South Georgia and South Sandwich Islands are sub-Antarctic islands that lie about 864 miles (1,390 kilometers) east-southeast of the Falkland Islands off the coast of South America. Like the Falklands, they are a British overseas territory. There are no native inhabitants to the island, and only small groups of government officials and scientists live there on occasion.

"South Georgia is a globally important island that deserves the strongest level of protection," said Phil Trathan, head of conservation biology at the British Antarctic Survey, who advised the Government of South Georgia on the establishment of the protected areas. "I believe that this is a major step forward for conservation, not just at South Georgia, but also for the wider Antarctic. As a first step, it creates an important legal framework that will provide opportunities to enhance conservation and protection into the future."

The no-take zones are aimed at protecting the foraging grounds of many of the territory's land-based marine predators such as penguins, seals and seabirds and protect the spawning areas of many fish species.