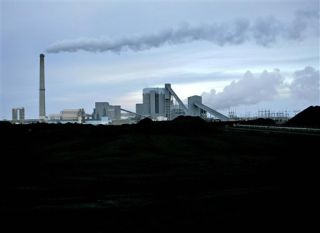 Gernot Wagner is an economist for EDF and he contributed this article to LiveScience's Expert Voices: Op-Ed & Insights.

The Office of Management and Budget (OMB) is nerd heaven: a bunch of people getting their professional kicks from analyzing federal regulation. That bean counting may sound painfully lacking in glamour, but it’s incredibly important.

The OMB’s annual report to Congress on the benefits and costs of all major rules adopted by most federal agencies over the past 10 years shows how efficiently, or inefficiently, those agencies are functioning.  And the conclusion is clear: the Environmental Protection Agency (EPA) comes out on top.

Those numbers are based on the 2013 draft report, so they could still change. But, the pattern is the same as in any of their reports from the past few years, including the final 2012 report that came out last week.

None of this is to diminish the contributions of the other government agencies, but if you are a do-gooder trying to achieve the greatest good for the greatest number of people, the EPA is the place to be. [Obama's EPA, Energy Nominations Stir Controversy]

One of the driving forces behind that rule is the Mercury and Air Toxics Standards, an extraordinary achievement for clean air and public health. Because of those standards, all coal-fired power plants will, for the first time, be required to control their emissions of toxic air pollutants — including mercury, arsenic and acid gases. Forty years after Richard Nixon signed the Clean Air Act, and 20 after the landmark amendments signed by George H.W. Bush, we are finally getting around to regulating mercury from burning coal.

Analysis of the impact of mercury-pollution reduction demonstrates just how much we underestimate the benefits of environmental protections. When it comes to reducing mercury pollution, the benefits are based on EPA’s estimates of increased wages of (higher IQ) children born to families that catch freshwater fish for their own consumption.

Think about that one for a second. Mercury is a potent neurotoxin in all its forms, but the EPA estimates do not include mercury that is inhaled or that enters our bodies through other means. And there is nothing in the estimates about the fact that mercury harms the brains of our kids, regardless of whether it influences their future earning potential.

In a sense, that analysis is the moral equivalent of arguing that we should have child labor laws because keeping kids in school makes for more productive workers later on. This kind of reasoning, alas, is why economists are often called names unfit for a family-friendly blog. It’s the most reductionist argument you can find in favor of reducing mercury. (In fact, for the benefits that the EPA quantified, the bulk are due to inextricably connected benefits in reducing deleterious particulate pollution.)

Costs, by the way, are typically well estimated, since businesses are all too willing to share them. So yes, there are costs — but they are small relative to benefits. And costs, as opposed to benefits, are typically overestimates. They are largely based on current available control technologies. They don’t consider that industry may invent an entirely new and unexpected way of complying with regulations at lower cost. That process happens over and over again, and it comes with a name: entrepreneurial ingenuity. Works every time.

Those omissions and shortcomings on either side of the equation only stand to bolster the most important claim: benefits outweigh costs more than 10 to 1 for all major EPA regulations adopted in the past decade.

For every dollar invested, Americans get $10 worth of benefits. I’ll take that ratio any day.