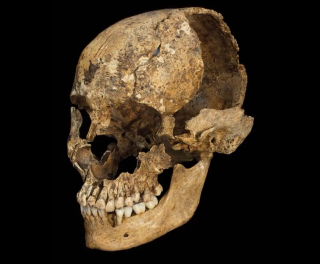 The mutilated skull of a 14-year old girl who may have been cannibalized in the Jamestown colony
(Image: © YouTube, Jamestown Rediscovery Project)

Archaeologists have unearthed evidence that the Jamestown settlers practiced cannibalism.

Researchers excavating at Jamestown fort discovered the mutilated skull and severed leg bone of a 14-year-old girl they have dubbed Jane. The bones were scattered amongst butchered dog and animal bones. Forensic analysis suggests the girl likely died of disease or starvation before she was eaten.

Written accounts from the time period reported instances of cannibalism during the "starving time," a brutal winter between 1609 and 1610, but most historians thought these were tall tales designed to get more money from Britain flowing to the colonies, Bill Kelso, chief archaeologist of the Jamestown Rediscovery Project, told U.S. News and World Report.