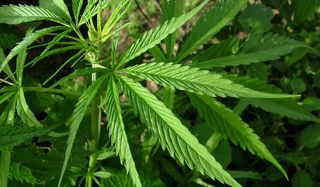 The government could legalize marijuana and shrink the federal deficit in a single hit. At least, that's what two politicians think.  Rep. Earl Blumenauer (D-Ore.) and Rep. Jared Polis (D-Colo.) say the Fed could save billions of dollars by jointly taxing pot and cutting costs in drug enforcement and incarceration.

"We are trying to rationalize federal drug policy," Blumenauer told Top Line. "We're spending too much money on enforcement for something most Americans think should be legal, and we're losing revenue."

Colorado and Washington have already legalized recreational marijuana, and are taxing and regulating the drug. Blumenauer and Polis think the federal government should take a similar approach to blaze the deficit away. Some say pot could be a gateway to other drugs, but Blumenauer rejects the notion. Pot legalization and regulation will make it tougher for kids to score some, he said.