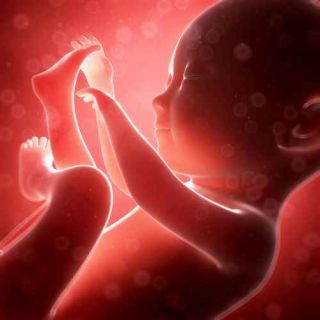 People in the United States who want to have children have been able to purchase donated sperm and eggs separately for some time, but the relatively recent practice of selling embryos introduces new ethical and legal issues that should be addressed, experts say.

Most recently, a fertility clinic in Davis, Calif., began combining donor eggs and sperm to create embryos, which can then be used in fertility treatments for a price tag of $9,800 for a pregnancy, much cheaper than what it costs to become pregnant via traditional in vitro fertilization (IVF), according to the Los Angeles Times. The clinic is able to offer the treatment at a lower cost because it creates a batch of embryos from a single sperm and single egg donor together, and then sells the embryos to multiple patients, the Times reported. Couples who opt for this method of fertility treatment would have no genetic relation to their children.

"I am horrified by the thought of this," Andrew Vorzimer, a Los Angeles fertility lawyer, told the Times. "It is nothing short of the commodification of children."

For some time, couples have been able to adopt embryos left over from other couples' IVF treatments in a process known as "embryo donation." But in these cases, embryos are created with the initial intent of being used by a specific couple seeking fertility treatment, whereas, in the case of the Davis fertility-clinic, embryos are created for the explicit purpose of selling them. A fertility clinic in Texas provided a similar service of made-to-order embryos in 2007.

While the practice may be shocking to some, there appear to be e no laws against it in 47 states, said I. Glenn Cohen, assistant professor and co-director of the Petrie-Flom Center for Health Law Policy, Biotechnology and Bioethics at Harvard Law School. What's more, Cohen says it is an open question whether  the practice covers muchnew ethical ground because the purchase of sperm and egg is already, for the most part, socially acceptable.

"Once you give it a hard look, it's not clear that the ethical issues here are all that different," from what's already being practiced with the sale of sperm and eggs, said Cohen, who outlined his views in an article published today (April 11) in the New England Journal of Medicine."If you're ethically OK with buying the individual components, the question we ask is, in what way is it different than buying the final thing?" Cohen said.

Selling embryos made from a single egg and sperm donor does lead to the possibility that blood siblings could encounter each other later in life and unknowingly start a romantic relationship, which would be incest.

But this problem is not unique to the sale of embryos, Cohen said. For instance, sperm banks that don't keep track of customers and recipients create a situation in which half brothers and half sisters could unknowingly start a relationship. In both cases, creating registries to keep track of donors and recipients, and placing limits on the number of times people can donate, can potentially solve this problem, Cohen said.

However, Cohen noted that selling embryos introduces the question of who, exactly, has parenting rights to the embryos. In embryo adoption, some states require the genetic parents to transfer their parental rights to the recipient. But in a situation like that of the Davis fertility clinic, it's not clear if the clinic is the parent or guardian of the embryos, or who would have parenting rights if the clinic were to go bankrupt.

Cohen urged legal scholars and state legislators to come up with legislation to address this legal gap, since made-to-order embryos have already become a reality.

Pass it on: New laws are needed to address the parenting rights of made-to-order embryos, experts say.