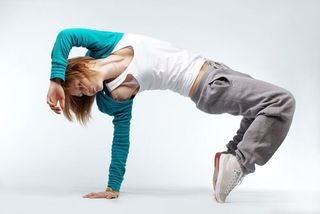 All the leaps, lifts and turns that make dance a breathtaking spectacle to watch also make it a hazardous activity.

A new study finds the number of children and teens injured from dancing is on the rise.

Of the 113,000 injuries that occurred during the study period, more than half (52 percent) were strains and sprains, and 45 percent were caused by falls. Forty percent of injured dancers were ages 15 to 19.

About one-quarter of the injury reports included information about the type of dance that the kids were participating in when they were injured. More than half of these injures (55 percent) occurred during classical dancing, such as ballet, tap and jazz.

The reason for the rise is not clear. But the researchers suspect it may be due to an increase in the sports' popularity thanks to recent TV shows and video games that feature dancing, said study researcher Kristin Roberts, a senior research associate for Nationwide Children's Hospital's Center for Injury Research and Policy in Columbus, Ohio.

Older teens are more likely to be injured by dancing because they grow more advanced in their skills and spend more time training and practicing, Roberts said.

Precautions such as staying well hydrated, stretching, warming up and cooling down, using proper technique and getting plenty of rest may help prevent dance injuries, Roberts said.

The study was published in February in the Journal of Physical Activity & Health.

Pass it on: Injuries from dancing are on the rise.