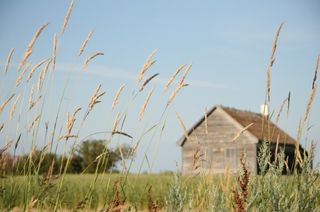 The findings, published today (Feb. 4) in the journal Pediatrics, came from poring over the symptoms Wilder described in memoirs and books.

"Since I was in medical school, I had wondered about whether scarlet fever could cause blindness, because I always remembered Mary's blindness from reading the 'Little House' stories and knew that scarlet fever was once a deadly disease," said study co-author Beth Tarini, a pediatrician at the University of Michigan's C.S. Mott Children's Hospital, in a statement.

Wilder wrote several books describing her life as a pioneer in the mid-1800s. In one, she describes her sister Mary going blind at age 14 in 1879.

At the time, scarlet fever was one of the deadliest scourges for young children. The fever occurs when the bacteria that cause strep throat run rampant in the body, causing a rash, fever, bone and joint pain, and, in serious cases, kidney and liver damage.

To find out what caused Mary's blindness, Tarini and her colleagues investigated local newspapers, the author's memoirs and letters.

They found that Wilder described her sister's disease as a "spinal sickness" and that local newspaper reports said a "hemorrhage of the brain had set in [sic] one side of her face became partially paralyzed."

Those symptoms were more consistent with a disease called meningoencephalitis, an inflammation of the spinal cord and brain, which can result from several viruses.

It's not clear why the editors of the book tied Mary's blindness to scarlet fever, but one possibility is that the disease was such a well-known and feared scourge at the time, the researchers suggest.