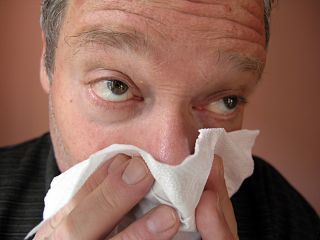 The deaths of two children in Hong Kong from scarlet fever do not pose an immediate threat to U.S. children, public health experts say.

The bacteria are unlikely to spread here, said William Schaffner, chairman of the department of preventive medicine at Vanderbilt University School of Medicine.

People who are planning to travel to Hong Kong and may be in contact with children there should "use common-sense precautions," Schaffner said. "Just be careful, avoid sick people and wash your hands."

Public health officials in the United States will be keeping an eye out for any signs that the bacteria are spreading from Hong Kong to surrounding regions, including Southeast Asia and mainland China, he said.

"We have an ear cocked to see if any leave and go to the U.S. or Europe," Schaffner told MyHealthNewsDaily.

Although anyone can get scarlet fever, the patients are usually young — 5 to 18 years old, according to the Centers for Disease Control and Prevention. The disease spreads through contact with droplets from an infected person's cough or sneeze.

It is treatable with antibiotics, although the cases in Hong Kong were more resistant to antibiotic treatments than usual, according to an Associated Press report.

Scarlet fever killed U.S. children in the 1920s, 1930s and 1940s, Schaffner said. Back then, the streptococcus bacteria that caused strep throat infections were genetically different than the strains around today, and they could cause children to become very sick and die. The bacteria also had the ability to cause a red rash, for which the condition was named.

But the bacteria have evolved since then.

"Over time, the streptococcus in the U.S. appeared to have lost that genetic capacity to make you very sick," Schaffner said. "If you get scarlet fever, its not so ominous anymore."

The Hong Kong cases "sound like old-timey scarlet fever" and are noteworthy from a public health standpoint, Schaffner said. Scientists should obtain bacteria samples from the patients for further study, he said.

The strain in Hong Kong is likely either a strain left over from the past or a new strain that recently mutated and regained the ability to make children very sick, Schaffner said.

Pass it on: The scarlet fever that has killed two children in Hong Kong is considered unlikely to spread to the U.S.