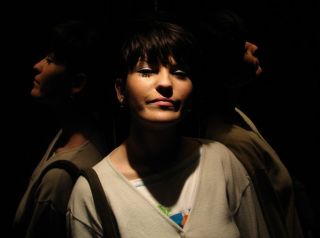 Up to a half-second after an object disappears from view, the brain can "edit" the experience to retain that object, a new study from France shows. The finding may partly explain the weird feeling of being able to recall something you heard even when you don't consciously remember hearing it.

The finding also contradicts the notion that the brain sequentially takes in sensory information, processes it and then consciously experiences it, said Tufts University cognitive scientist Daniel Dennett, whose books include "Consciousness Explained."

"You have to get away from the idea that consciousness is like a movie that's playing in your head and that once the processing is done happening then you've got this finished movie that you see." Dennett told LiveScience. "The editing can go on and on." [The 10 Greatest Mysteries of the Mind]

The results were published online Dec. 13 in the journal Current Biology.

Intuitively, people think of a linear progression from seeing or hearing something to consciously noticing it. But consciousness and perception may be more of a two-way street, said study author Claire Sergent, a cognitive scientist at Paris Descartes University.

To understand how visual consciousness works, Sergent and her team conducted trials involving 18 students. The participants were shown groups of lines appearing in a circle on either the right or the left side of the screen before they disappeared.

Sometimes the lines were too faint to consciously notice, while other times they were very obvious.

In some of the trials where the lines were very faint, the researchers drew participants' attention to the spot where the lines had been by briefly dimming the circle — creating more contrast between the circle and the background. That "cueing of attention" happened up to a half-second after the lines disappeared.

Afterward, the team asked the students what they saw. When the team had drawn attention to the spot where the lines had been, people were more likely to report having seen them "quite well," Sergent said.

In essence, the participants had experienced retro-perception, the bizarre experience in which their brains added the lines to their conscious memory after the lines had disappeared.

"Even if this thing has disappeared from the external world, if it suddenly becomes relevant it can reintegrate this stream of conscious perception," Sergent told LiveScience.

The team still doesn't know how people can edit their conscious thoughts after seeing or hearing something, but Sergent suspects the duration may be even longer than half a second (and longer still for hearing, in part to help people process language).

The findings may sound weird, but most people have had that experience in real life, she said.

For instance, students dozing off in class may not consciously be listening to their teacher, but when asked what the teacher just said, many people are surprised to find they can recall it, Sergent said.

Dennett said the findings also suggest that humans experience time very differently from what it really is.