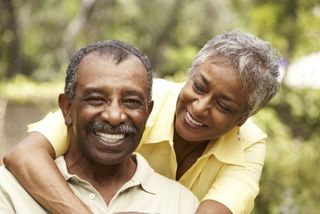 Older adults who have spoken two languages since childhood are quicker at switching between cognitive tasks than single-language adults, a new study finds.

The findings, detailed in tomorrow's (Jan. 9) issue of The Journal of Neuroscience, suggest certain mental activities do, indeed, benefit individuals as they age.

"This study provides some of the first evidence of an association between a particular cognitively stimulating activity, in this case, speaking multiple languages on a daily basis, and brain function," John Woodard, an aging expert from Wayne State University, who was not involved with the study, said in a statement.

Recent research has suggested speaking two languages could keep one's cognitive flexibility, or the ability to adapt to new, often unfamiliar, situations, from declining, something thought to happen with age. [10 Fun Ways to Keep Your Mind Sharp]

To test the idea in an aging population, Brian Gold and his colleagues at the University of Kentucky College of Medicine scanned the brains of 30 healthy bilingual and monolingual adults ages 60 to 68. They used functional magnetic resonance imaging (fMRI), which shows blood flow to brain regions in real time. An increase in blood flow to a specific brain region signals that region is likely becoming more active.

While their brains were being scanned, participants completed a task to measure their cognitive flexibility called a color-shape task-switching game. The participants were shown one of two possible shapes (square or circle) in one of two colors (red or blue) at the center of a screen. In some instances participants had to name the color of the flashed image, in others the shape, and in others the task switched back and forth from participants needing to indicate color to shape.

Both groups performed the task accurately, though bilingual individuals were faster than monolinguals. Even so, the brain scans suggested bilingual participants expended less energy in the brain's frontal cortex thought to be involved in such task switching, the researchers said.

To find out when this cognitive benefit from bilingualism kicked in, the researchers ran the same experiment on younger participants with an average age of 31. As expected, younger adults were faster than older ones at completing the task. However, bilingual younger adults did no better than monolingual individuals on the task.

"Together, these results suggest that lifelong bilingualism may exert its strongest benefits on the functioning of frontal brain regions in aging."

In fact, another study showed the brains of bilingual adults functioned better and for longer after individuals developed Alzheimer's disease; the bilinguals were also diagnosed with the disease about four years later, on average, than those who spoke just one language.

Past research has suggested bilingualism can benefit even infants, with one study showing bilingual 7-month-olds more quickly adapted to different learning cues than babies from single-language households. (The "bilingual" babies were spoken to in two languages by parents.) And Janet Werker, a psychologist at Vancouver's University of British Columbia, has found learning two languages can confer babies with cognitive advantages, such as special auditory and visual sensitivity.

The new research on aging and bilingualism was funded by the National Institutes of Health and the National Science Foundation.