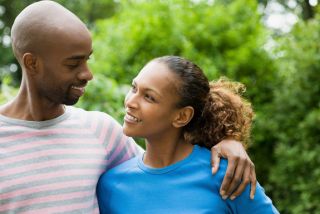 Money can't buy happiness, according to the old saw. And in the growing field of "happiness economics," which seeks to quantify those things that actually can bring bliss, mounting evidence seems to support the idea that cash and contentment are two very different ideals.

A Gallup poll released yesterday reveals that people in seven developing Latin American nations are among the most likely to report being happy and feeling positive about life. Surprisingly, those who live in robust economies like wealthy, business-oriented Singapore are among the least happy people on Earth.

To gauge the relative happiness of residents in 148 countries, the Gallup organization called roughly 1,000 people in each country and asked about their experiences the day before. Among other things, people were asked if they smiled a lot yesterday, if they felt respected all day, if they were well-rested and if they learned or accomplished something interesting.

The countries that reported the highest rates of "yes" answers to these questions were Panama and Paraguay, with an 85 percent positive rate each. El Salvador and Venezuela were next, followed by Trinidad and Tobago, Thailand, Guatemala, the Philippines, Ecuador and Costa Rica.

The United States scored in the top half of the poll, at No. 33. Some other wealthy Western nations were near the middle: Germany and France, for example, tied for 47th spot with Somaliland, a relatively poor African region of Somalia.

Many of the nations that scored lowest in the Gallup poll were — not surprisingly — war-torn countries like Iraq and Afghanistan, or places where ethnic strife or political instability were commonplace, including Serbia, Belarus and Azerbaijan.

The poll found the least happy residents in the world, however, were in Singapore, a palm-studded, tropical land with a thriving economy and an impressive per-capita GDP comparable to that of any leading Western European nation, according to the CIA World Factbook.

But they're miserable, according to many residents — only 46 percent reported positive feelings. "We work like dogs and get paid peanuts," Richard Low, a 33-year-old businessman in Singapore, told the Associated Press. "There's hardly any time for holidays or just to relax in general because you're always thinking ahead: when the next deadline or meeting is. There is hardly a fair sense of work-life balance here."

Some critics charge the poll may be unreliable because it could reflect cultural biases toward giving positive answers to strangers asking questions, despite real-world living conditions. And telephone surveys have become increasingly inaccurate, according to many reports: Landlines are less common in many households than in years past, while cell phones (or no telephones at all, in developing nations) are the rule.

In addition, various polls use different measures of happiness. For instance, other world-happiness surveys have looked at long-term life satisfaction, with a recent United Nations "World Happiness Report" finding the United States came in a No. 10. That same report revealed Northern European countries, including Denmark, Finland, Norway and Iceland, consistently rank among the happiest and most satisfied nations. Tanzania and Zimbabwe often sit at the bottom of such happiness lists.