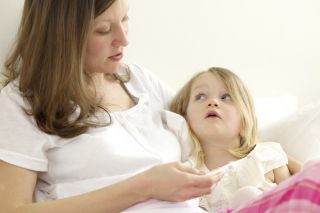 Parenting style and childhood temperament might play roles in shaping one's political mindset, new research suggests. Specifically, kids who have fearful temperaments and are raised by parents who value obedience are more likely to endorse conservative ideologies as young adults, the study found.

A team led by psychology researcher R. Chris Fraley of the University of Illinois at Urbana-Champaign examined data from 708 children who originally participated in a National Institute on Child Health and Human Development study.

Based on the parents' answers to questionnaires when the kids were 1 month old, the researchers determined which parents fell into the authoritarian camp (those who, for example, agreed with the statement "Children should always obey their parents") and which ones were more egalitarian.

The researchers also looked at the mothers' assessments of their kids' temperaments at 4 1/2 years old and broke down childhood disposition with five factors: restlessness-activity, shyness, attentional focusing, passivity and fear.

"One of the significant challenges in psychological science is understanding the multiple pathways underlying personality development," Fraley said in a statement. "Our research suggests that variation in how people feel about diverse topics, ranging from abortion, military spending, and the death penalty, can be traced to both temperamental differences that are observable as early as 54 months of age, as well as variation in the attitudes people's parents have about child rearing and discipline."

The study was published in the journal Psychological Science.