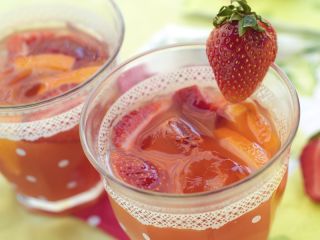 Just a taste could boost your willpower.
(Image: © Wiktory, Shutterstock)

A spoonful of sugar makes the willpower go up, according to a series of studies that have suggested fueling the brain with sweets can strengthen self-control. Now, new research finds that sugar's potential may be greater than expected: You don't even need to swallow to get the benefits of sweetness.

Simply swishing a glucose-laden drink in the mouth and spitting it out boosted self-control and willpower for tasks from squeezing a handgrip to completing impossible brain teasers, the new study found.

"This suggests that it is the perception of glucose rather than its metabolism in the body that is likely to be useful in counteracting the deleterious effects of reduced self-control," said study researcher Martin Hagger, a psychologist at Curtin University in Western Australia.

By now, many studies have shown willpower and self-control take energy. Just as a muscle tires out with repeated lifting, self-control wavers the longer someone tries to keep it up. This finding isn't exclusive to humans: Even dogs get impulsive after having to control themselves for long periods of time.

But researchers have also found that a quick hit of glucose, or sugar, can bolster flagging willpower, for humans at least. The idea is that exerting self-control drains the brain of glucose, its main fuel, and so a gulp of sugary beverage can set the brain right again.

It's not actually clear, however, that the brain is suffering some sort of glucose shortage in these moments. And several studies of athletes have found that simply tasting, but not consuming, a sweet energy drink can boost performance, even when the athletes have plenty of carbohydrates available to their muscles already.

Those findings prompted Hagger and his colleagues to find out whether it's glucose metabolism, or simply the taste of sugar, that revs up self-control. They conducted a series of five experiments in which participants completed willpower-depleting tasks, such as reading something boring or completing impossible word scramble puzzles. In one experiment, participants had to exert their willpower in a feat of physical strength, squeezing a handgrip. In another, they were asked to avoid the temptation of a plate of cookies and eat some radishes instead. In yet another, they were asked to drink as much as they could stand of a gross but supposedly healthy drink (actually a mixture of orange juice and vinegar).

After having their self-control tested with one task, the participants were given either a glucose drink or a drink containing no sugar but sweetened artificially. They were told to swish the beverage in their mouths but not swallow it. Finally, the researchers assigned a second tedious task to the participants, measuring how well they bucked up to meet the challenge.

In all cases, the participants who got the real-sugar mouthwash performed better than those who rinsed with the artificially sweetened drink, the researchers reported Sept. 20 in the journal Personality and Social Psychology Bulletin. [10 Things You Didn't Know About the Brain]

"So, practically, when people think that they are going to engage in a demanding task requiring self-control for a period of time (such as doing some boring filing, doing exercise, and resisting tempting foods when on a diet), they should introduce sugar into their mouths by some practical means," Hagger wrote in an email to LiveScience.

Swishing and spitting sugary drinks might not always be practical, Hagger noted, but sugar-infused gum or hard candies would likely do the trick as well, although they would involve consumption of the sugar.

Just be careful that candy isn't sweetened with aspartame or some other faux-sugar compound. Most likely, Hagger said, the mouth contains receptors that respond to real sugar by sending signals to the brain that activate regions associated with motivation and control. The same is not true for artificial sweeteners.

As to how much candy you'll need, researchers are still working on that.

"We also want to see how long-lasting these effects are," Hagger said. "That would give us an idea as to whether the glucose-tasting effect on self-control is long-term or relatively short-lived."