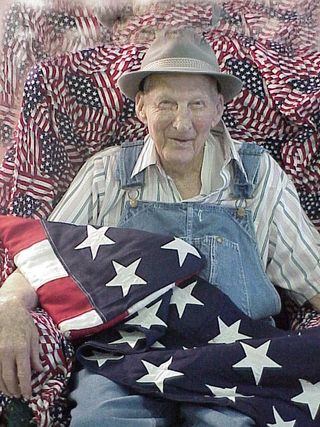 By comparing surveys of various age groups taken over a span of more than 30 years, sociologists found that in general, Americans' opinions veer toward the liberal as they grow older.

"All the evidence we have found refutes the idea that as people age their attitudes become more conservative or more rigid," said Nicholas Danigelis, a sociologist at the University of Vermont. "It's just not true. More people are changing in a liberal direction than in a conservative direction."

Danigelis and collaborators Stephen Cutler of the University of Vermont and Melissa Hardy of Pennsylvania State University analyzed data from the U.S. General Social Surveys of 46,510 Americans between 1972 and 2004. While the surveys did not provide data for the same individuals at different stages, they represented snapshots of the changing attitudes of respondents in different age cohorts over time. The researchers corrected for the fact that the age groups at different survey times are made of up new members with unique baseline opinions.

The surveys assessed attitudes on politics, economics, race, gender, religion and sexuality issues. In some cases, such as racial issues and questions of civil liberties for communists, the researchers measured a greater change toward liberalism in older people than in younger people.

"What we believe has happened, at least for the race relations, is that the older group, starting out at a position of significantly more negative feelings, had further to go," Danigelis told LiveScience.

If people really become more liberal as they age, why does common wisdom hold the opposite to be true?

Danigelis also blamed the misconception on pervasive negative attitudes toward the elderly in our country, and stereotypes that depict seniors as rigid, ornery and set in their ways.

"If you look at any greeting cards about getting older you’ve got a wonderful lecture about age stereotypes," he said. "My colleague continues to cut out cartoons about getting old and trying to teach old dogs new tricks."

Danigelis said politicians and pundits should try to steer clear of stereotypes in the upcoming election.

"The assumption that older voters are stuck their ways of thinking or are likely to go with a conservative candidate and are not open to new information — I think there's a lot of information to suggest that that’s not going to happen," he said.

He urged people to judge John McCain, the 71-year-old Republican nominee for president, on his politics rather than his age.

"Age will be an issue in the campaign, as will race and gender, which is unfortunate," Danigelis said. "Maybe this is the campaign to knock down a bunch of stereotypes."

The study was published in the October 2007 issue of the journal American Sociological Review.

In the future, the researchers hope to investigate whether similar trends occur in other cultures and societies.

"There are international surveys that might allow you to do a similar study," Danigelis said. "Our gut feeling is yes but we haven’t tested that and we hope to."