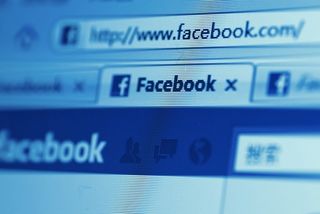 Here's something you might already know: Checking and refreshing your ex's Facebook page won't help you move on.

New research out this month finds that using Facebook to keep tabs on a former flame can delay emotional recovery and personal growth after a breakup. But defriending might not be the best solution.

In the study, psychologist Tara C. Marshall of Brunel University in England asked 464 participants (mostly college-age women) to evaluate their Facebook usage and emotional recovery following a breakup with a romantic partner.

In analyzing the responses, Marshall found that those who Facebook-stalked their ex more frequently were more likely to be hung up on the breakup, with greater distress, negative feelings, longing for the ex-partner and lower personal growth. [6 Signs You're Addicted to Facebook]

"In spite of the need for further research, the take-home message from the present study is that keeping tabs on an ex-partner through Facebook is associated with poorer emotional recovery and personal growth following a breakup," Marshall wrote Sept. 4 in the journal Cyberpsychology, Behavior, and Social Networking. "Therefore, avoiding exposure to an ex-partner, both offline and online, may be the best remedy for healing a broken heart."

But defriending might not be the answer to avoid these emotional pitfalls. The same associations held true — and were even intensified in some areas — when the individual was not a Facebook friend of the ex-partner. The study suggests that in some cases "unbidden exposure" to an ex's mundane status updates might snuff out any residual desire for that person.

"Former partners with whom we are no longer in contact, by contrast, may remain shrouded in an alluring mystique, suggesting that remaining Facebook friends with an ex-partner may actually help rather than harm one's post-breakup recovery," wrote the psychologist.

However, those who remained Facebook friends with their ex-partner had lower rates of personal growth, the study found. This suggests maintaining even a weak connection over the Internet post-breakup might disrupt moving on, Marshall said, noting this also indicates emotional recovery and growth might be separate processes.