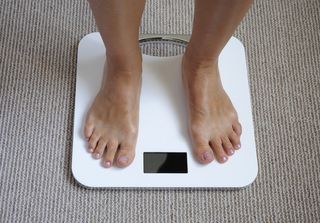 While people with anorexia typically misjudge the size of their own bodies, they have accurate perceptions of other people's bodies, according to a new study from France.

In the study, normal weight and anorexic participants were shown an image of a doorway, and asked whether or not the "door" was wide enough for them to pass through.

Anorexic patients said they would not fit through the door even when it was easily wide enough for them to pass. In contrast, they did just as well as people of normal weight when it came to judging whether another person could fit through the door.

Additionally, the researchers found a link between patients' perception of their ability to pass through the door and their body size before becoming anorexic. The more weight the anorexic patients had lost in the last six months, the wider they thought the door had to be for them to pass through.

"The body’s dimensions have a role in the scaling of environmental parameters in [the space around us]. Sizes are perceived relative to that of one's own body," the researchers write in today's (Aug. 22) issue of the journal PLoS ONE.

The misperceptions that the anorexic patients hold "might occur because the central nervous system has not updated the new, emaciated body," and instead maintains an incorrect representation of the body's former dimensions, the researchers said.

The study was limited in that it was quite small, with just 25 normal weight and 25 anorexic participants. It was conducted by researchers at University Hospital of Lille in France.