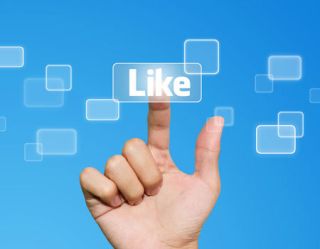 You probably already know your Facebook page can ruin your career. Too much information or an inappropriate photo can keep you from getting a job, stall your next promotion or make you the laughingstock of the office. But, too often, we don't realize how much information we're giving away, even when we think we're being careful.

Here are seven things you should leave off your Facebook page if you want to protect your career.

"Look at all your pictures and videos and assume that your parents are looking over your shoulder and watching them," Dessi said. "If you are not comfortable with your mom or dad seeing it, get rid of it."

Cursing or sexual references are a big no-no.

"I don’t think it is ever appropriate to curse on social media," Dessi said. "To me, it seems to show that you can't think of the right word to fit the situation. It dilutes your own brand equity and intelligence in the eyes of others."

"Keep anything along those lines out of the conversation," Dessi said.

Careful who you associate with

Everyone likes to be a part of a group, but certain groups may not be good for your professional development.

People should not just watch the pictures they post, but they should also be sure to keep a close eye on pictures in which they are tagged. Workers will be sure to face backlash over an inappropriate photo, regardless of who posts it.

"You want to make sure that pictures of yourself posted on other pages would be ok for your boss to see," Wachstein said. "Unfortunately, most people do not think of checking photos where they are tagged."

People who love to pass time by playing games may not love the problems those games can cause when they show up on your profile.

In addition to showing up on your recent activity, these games can also give bosses an idea of what you are really doing to pass the time at work.

Posting about how much you hate your job or other aspects of work is also probably not the best idea, either.

"You should never post anything negative about your boss, existing or potential clients, or your job in general," said Katy Lynch, president of social media agency, SocialKaty. "These networks are public information that anyone can see. If there is something on there that is negative, it can be very detrimental to your image in a number of ways."

"You need to think how you want to be perceived online," Lynch said. "You want to highlight as many positive things about yourself and if someone sees something negative it just can be detrimental to your reputation and image."

Less truly is more on social media. Users should be sure not to go overboard in what they share, particularly when talking about private and personal information. When in doubt about what to share, Lynch advises users err on the side of caution instead of oversharing.

"Avoid posting anything that is considered 'TMI' or extremely inappropriate," Lynch said. "For example, you should definitely avoid posting a video like 'check out this video of me getting wasted on 15 shots of Patron.'"