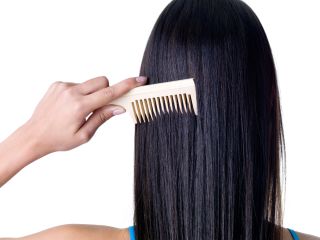 Home treatments for dandruff popularized on the Internet include applying oil — such as olive oil, vegetable oil or baby oil — to the scalp. But olive and vegetable oil may actually worsen the condition, researchers say.

At-home treatments for dandruff, or "cradle cap," as the condition is called when it occurs in infants, typically recommend applying oil to the scalp, leaving it on for somewhere between 15 minutes and overnight, and then combing the scalp to remove the dandruff flakes (sometimes called scales) before shampooing.

Dandruff is typically caused by an excess production of sebum (oil) in the scalp, and has been linked with an overgrowth of yeast, called Malassezia, which naturally occur on the scalp. The oil treatments are generally thought to help to remove the scales, but aren't believed to treat the condition itself.

But oils made from plants, such as olive oil and vegetable oil, are different from mineral oils such as baby oil: plant oils contain saturated and unsaturated fatty acids, whereas mineral oils are petroleum-based.

The yeast organisms that trigger most cases of dandruff feed on saturated fatty acids — in fact, researchers who use these yeast in experiments grow them in lab dishes with olive oil, according to authors Dr. Elaine Siegfried and Dr. Erica Glenn, of St. Louis University School of Medicine in Missouri.

Because these yeast cannot digest mineral oil, it may be a better way to rid the scalp of scales, the researchers said.

The article was published Monday (Aug. 13) in the journal Archives of Pediatric and Adolescent Medicine.

Pass it on: Home treatments for dandruff involving oil on the scalp may actually worsen the condition.