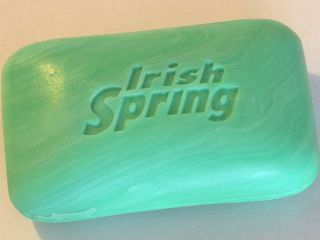 As strange as this tale sounds, there is a lot of anecdotal evidence to back it up. Many people posting to online health forums swear by this home remedy, claiming that unwrapped soap bars cured them of their nightly leg cramps. The soapy cure has gained such a following that it was even brought up on the daytime talk show, "The Doctors," where Dr. Jim Sears conducted a Twitter poll and 42 percent of his responders said they've successfully used soap to relieve nighttime leg cramps. However, there is no scientific research that supports this treatment, as Dr. Sears himself found when he reviewed the scientific literature. Similar anecdotal evidence exists for preventing restless leg syndrome (RLS) with soap, but on a smaller scale. On another popular medical talk show, "The Dr. Oz Show," Dr. Mehmet Oz recommended placing a bar of lavender soap beneath the bed sheets to alleviate RLS, hypothesizing that the smell of lavender is relaxing in itself and may be beneficial for the condition. However, there are no peer-reviewed studies that suggest lavender — or lavender soap — can successfully treat RLS. So if you’re suffering from nightly leg cramps or RLS, perhaps you should try placing a bar of soap under your sheets near your feet. Even though science has yet to show that these treatments work, what have you got to lose? Just don’t try Dove or Dial — those soaps don't work, according to many online testimonies. Why? Your guess is as good as any.