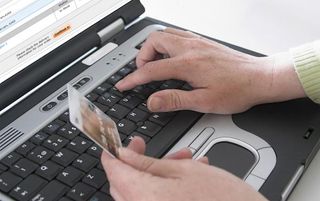 Most people aren't spiteful, but given the opportunity, those with malice lash out to produce the maximum harm, new research suggests.

In the study, researchers used an eBay-like setup where student participants could raise the prices others would pay for items, without necessarily winning the auction. People consistently chose to be vengeful or kind, with little in between, the researchers found.

"We were surprised by how stark the distribution of spitefulness was," study researcher Erik Kimbrough, an economics professor at Simon Fraser University in Canada, told LiveScience. "People either go all out or they don't act spiteful at all."

Why spite — petty ill will in an effort to annoy or hinder another — exists has puzzled psychologists, evolutionary biologists and economists, but seminal work in the early 1960s by W. D. Hamilton suggested that an individual may help those more closely related pass on their genes by selectively harming others. [The 10 Most Destructive Human Behaviors]

The current study identified a bipolar (all or none) distribution of spiteful behavior, but in the majority of cases (70 percent), participants were consistent in their level of kindness or spitefulness.

The research team originally wasn't looking for spiteful behavior at all, but instead was trying to figure out why people tend to overbid during online auctions compared with set "buy-it-now" prices.

"The result that we found about spite was accidental," Kimbrough said.

Nearly a third (31 percent) of all spiteful actions were to the maximum effect; and the majority of the remaining spiteful events (68 percent) were defined as abundantly spiteful.

The advantages of spite

Whether or not the results can be explained by evolution, which would suggest there is some sort of advantage to being spiteful, is up for debate. Evolutionary biologists define spite as an action that harms or reduces the fitness of both the spiteful person and their victims.

"It's not clear how to translate the payoffs of the human experiments into these Darwinian fitness terms," Andy Gardner, zoology fellow at the University of Oxford, wrote in an email to LiveScience. Gardner was not involved in the study.

"There's a danger of over-interpreting these kinds of studies, reading an adaptive rationale into the behavior where none exists," Gardner wrote. "This is like how moths are attracted to lamps when it's dark -- there's no benefit to the moth in doing this, and the behavior evolved (to let the moths use the moon's light for navigation) at a time before there were lamps in the moths' environment.

"However, it is interesting, from a psychological point of view, to know that people do seem to enjoy inflicting harm on others, even when this incurs costs for themselves.

To understand the behavior better, the researchers interviewed several participants afterwards and Kimbrough said the responses were a mixed bag.

In some cases, spiteful participants told researchers they wanted to punish bidders for bidding too high or to teach them a lesson.

"The rationale that they wanted to teach a lesson didn’t hold any weight because there wasn't an opportunity to change their first bids, they were already submitted," Kimbrough said.

In a minority of cases, participants changed their behavior to become more spiteful. "It's not exactly clear why; it could have been impatience," Kimbrough said.

Though the study helped to quantify spite, the motivations behind the behavior remain complicated. In one case, Kimbrough tried to be helpful by giving out directions to a couple taking a driving trip in California. “After they drove off, I realized I gave them wrong directions,” Kimbrough said.

The journal PLoS ONE published the study today (Aug. 15).